Enjoy the Beauty of Kapuas River on A Tourist Boat

Kapuas Alun Park is a tourist attraction that is already familiar to people in Pontianak and has become a place which is often visited by people to spend the weekend with family. It is located on Jl. Rahadi Usman, Central, Pontianak City of Borneo. This place usually crowded by tourist during the weekend to enjoy the beautiful scenery of Kapuas River.

Before transformed into a Taman Alun Kota (City Square Park), there used to be a lot of traders selling various types of goods and foods. So that the park became poorly maintained and dirty because there are too many people who shop and sell their product plus with the lack of public awareness of the cleanliness. 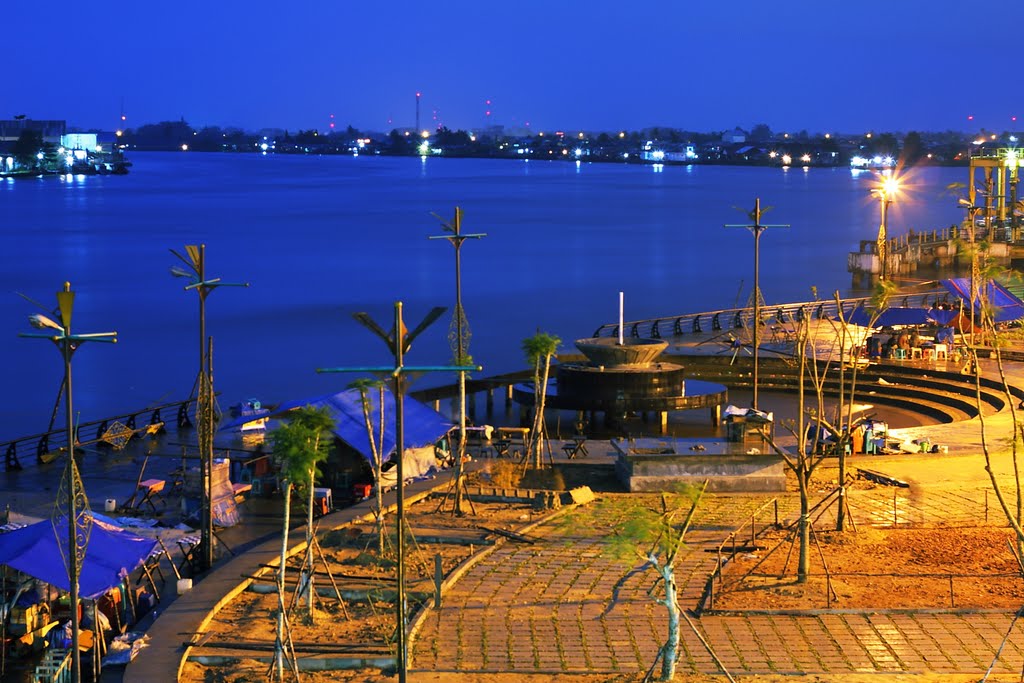 The visitors can take pictures while relaxing in the park during the afternoon and at night. The Kapuas City Square Park can only be visited from 06.00 am to 22.00 at night. Not only for relaxing the Kapuas City Square Park also provides variety of tours and one of them is the Kapuas River Tourist Boat that can be used by visitors to see and enjoy the beauty of the river and local residents activities around the Kapuas River. This attraction is another things you can do while visiting Borneo especially the Pontianak City.

The tourist boats operate during the evening and night. Starting from 16:00 in the afternoon until 10:00 p.m. Usually those tourist boats are enlivened by the presence of many individuals on holidays and during the weekend. The boats are not only filled by the people of Pontianak but the visitors also come from various areas outside Pontianak who go on vacation with family and friends.

Inside the area of the ship there is a small canteen offering local foods and drinks. The foods and drinks in the canteen are also not much different from the food and drinks available at the usual cafes, such as coffee, various juices and snacks that can be enjoyed while looking at the beauty of the sky and lights along the Kapuas River at night. 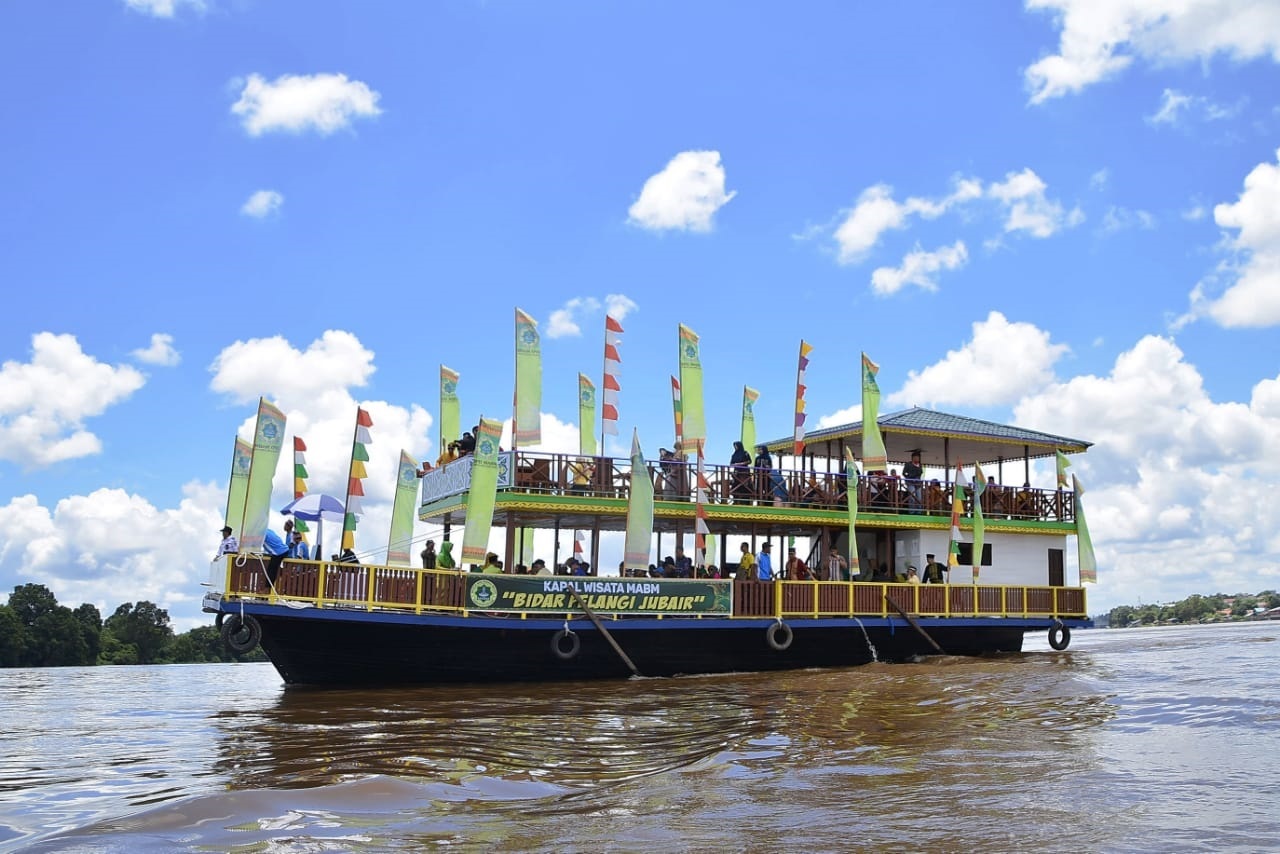 The Tourist Boats operate around the Kapuas River is decorated as unique as possible with colorful lights and other knick-knacks. The design and color of the ship is also made as attractive as possible. So that at night the lights and designs on the ship not only become an attraction for those who boarded the ship, but also an attraction for people on the riverbank who see it.

Seats for visitors are also arranged in such a way and divided into two level which are the main deck and the upper deck. Usually visitors prefer to sit and relax on the upper deck because it is more free to enjoy the views of the Kapuas River bank while taking photos.

Visitors can also see the beauty of the buildings along the Kapuas River bank while the ship is running, such as the mosque, cafe as well as the residents houses along the banks of the river. The light beam from those buildings also become special attraction for tourists. 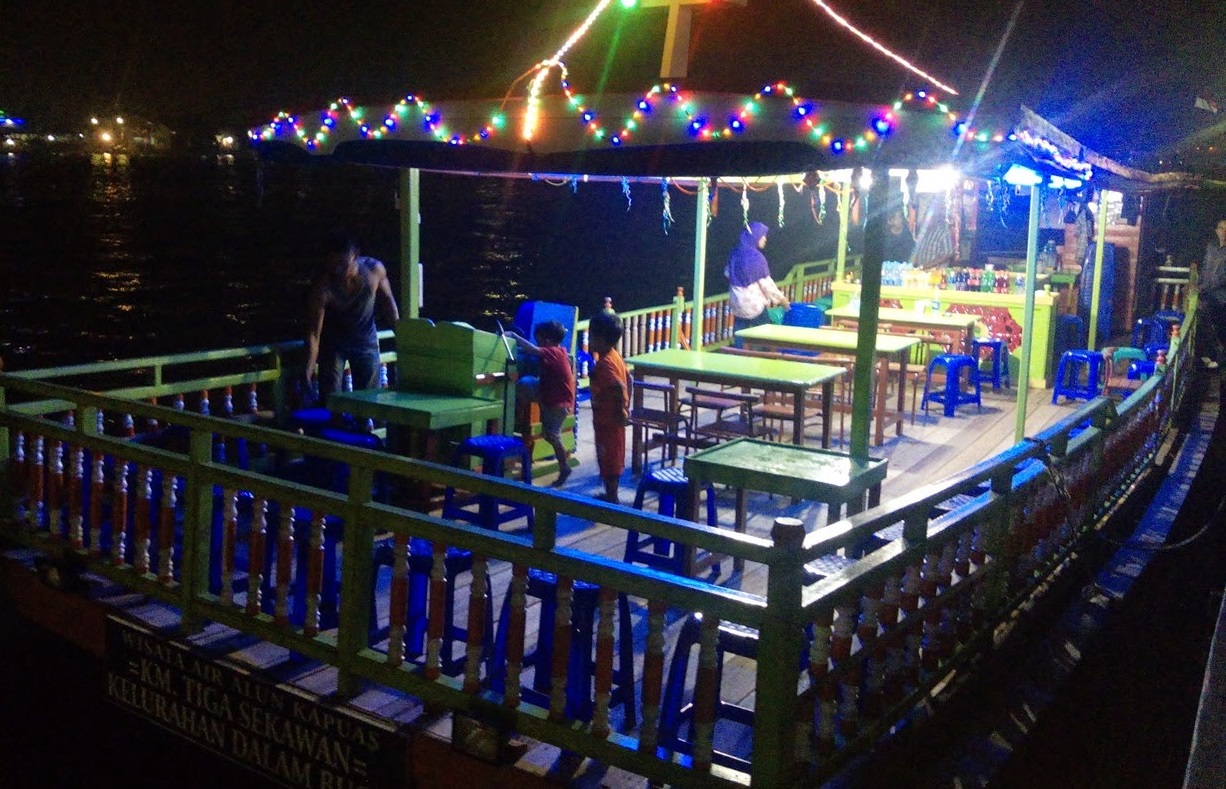 The Kapuas Tourist Boats depart from Taman Alun Kapuas going along the toll bridge and back to Kapuas City Square. The duration for a single trip is approximately one hour and throughout the journey visitors are presented with the beautiful lights that illuminate the banks of the Kapuas River.

The boat ticket is around IDR15000 for adult and IDR10.000 for children exclude foods and drinks. There are 10 Tourist Boat docked in Kapuas City Square but only five boats that can operate every day. It is because all ships already have their own schedules to avoid passengers seizure and to be more effective. Another reason is that daily visitors for tourist boat are not always crowded.