Have you ever heard of a place called Camp Leakey?

For those of you who doesn’t know, Camp Leakey is located on the island of Borneo, Indonesia and it is a famous rehabilitation center for orangutans which their population is currently threatened to extinct.

Orangutans themselves are one of the species that can only be found in Indonesia (mostly in Kalimantan, and the rest in Sumatra) and in Malaysia (which is close to the Kalimantan region). If you intend to get to know orangutans more closely and see how the animal rehabilitation process is, the Camp Leakey Borneo is the place to go to.

A Glimpse of Camp Leakey 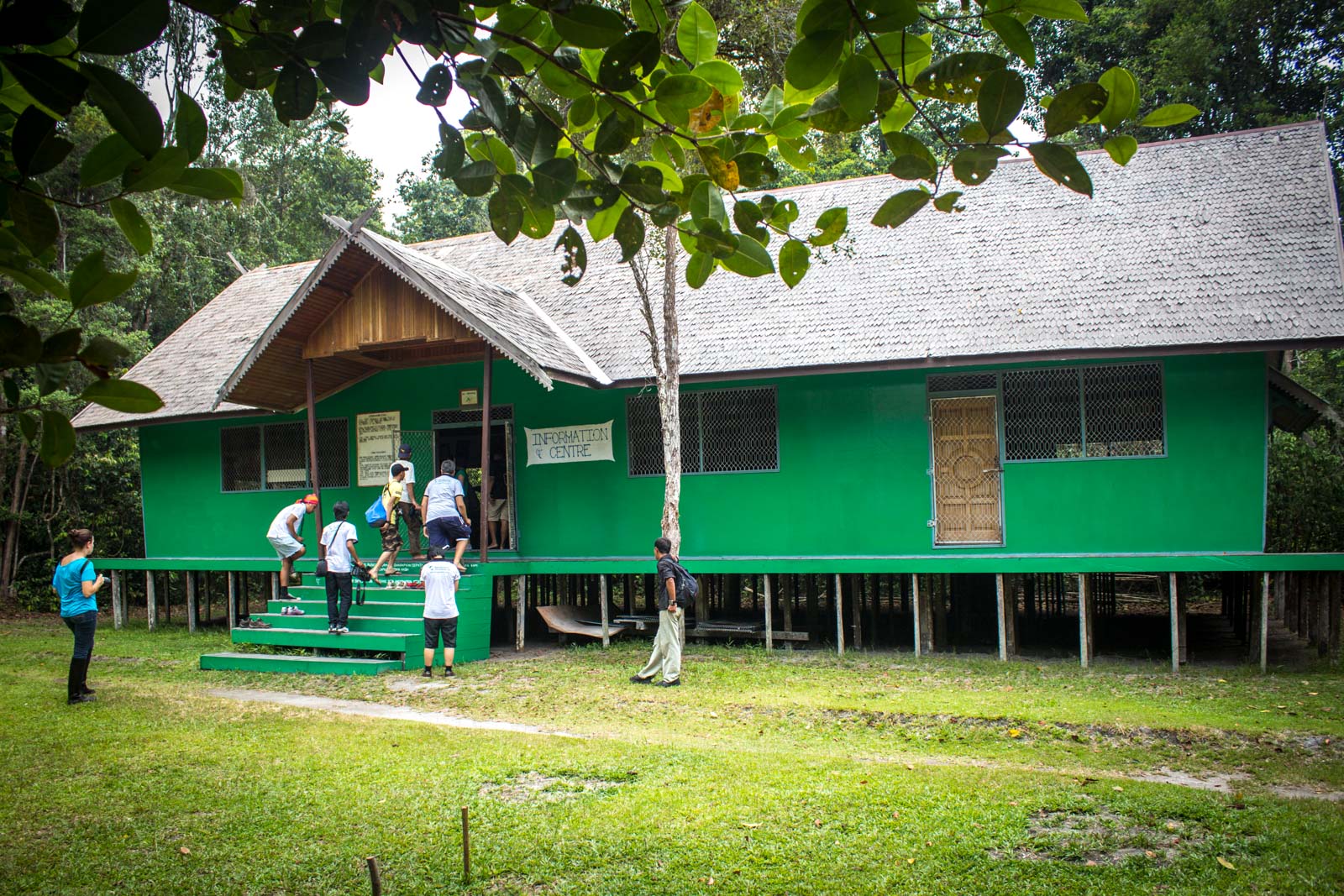 Camp Leakey is situated in the Island of Borneo, Indonesia. The exact location of Camp Leakey is in the Province of Central Kalimantan. Camp Leakey itself was established in 1971 and became part of the Tanjung Puting National Park area.

The origin of Camp Leakey was established from a research location of foreigner students. The student name is Birute M.F. Galdikas, from the United States, who research about the native Indonesian primate. The name Camp Leakey itself was inspired by the student’s mentor, Prof. Louis Leakey.

Activities You Can Do at Camp Leakey 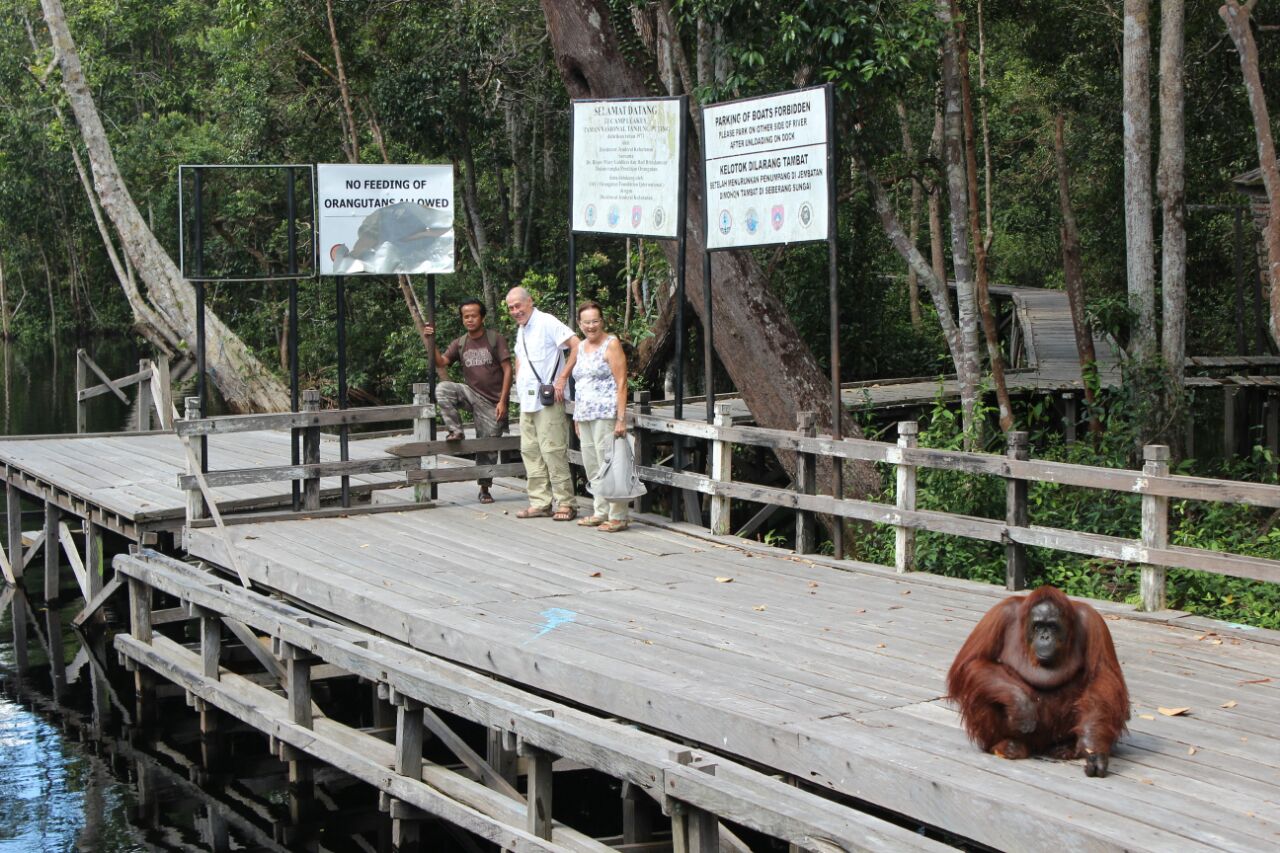 Initially, before being developed, this place was only used as a means for research on orangutans. However, during the research development, Galdikas had more intentions the main one is to save the orangutan population. The threat comes from the deforestation process.

As a rehabilitation center, Camp Leakey has a role to monitor its behavior and growth since entering this place, carrying out the rehabilitation process, until finally, these orangutans are ready to be returned to the wild forest.

Also, Camp Leakey supports various research on orangutans from students both from abroad (the majority from North America) and from Indonesia itself. Camp Leakey also supports research on other primates, for example gibbon, the proboscis monkey and leaf-eating monkey. 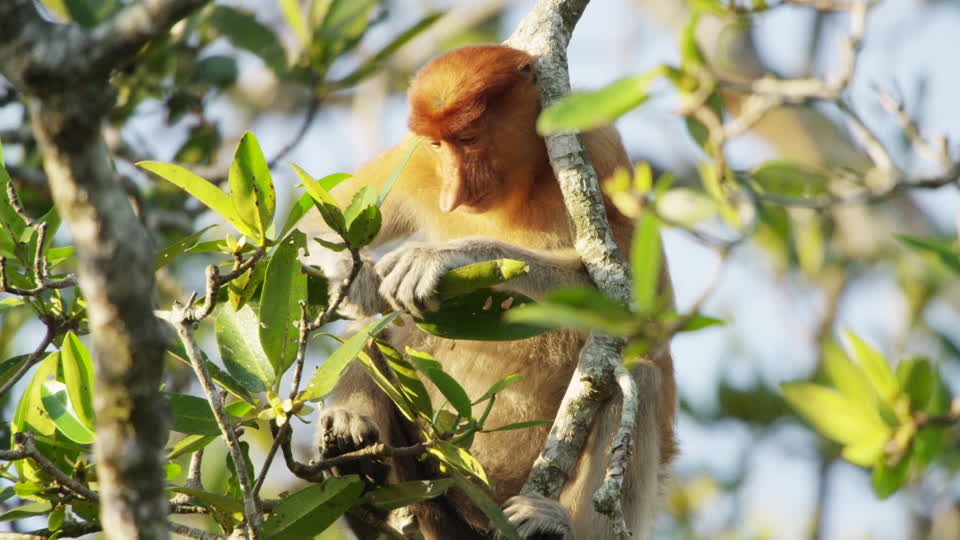 Camp Leakey received data and facility support regarding primate ecology and behavior, orangutan cognitive and communication skills, to the behavior and ecology of leeches and river ecosystems in Kalimantan.

Aside from being a rehabilitation and research center, Camp Leakey has also become a tourist place to get to know Borneo orangutans and wild nature more closely.

Here, you will get experience with seeing the behavior of orangutans, from eating to interacting with rehabilitation workers. A visit to Camp Leakey can be obtained from Camp Leakey Tour Borneo program offered by some Travel Agents. 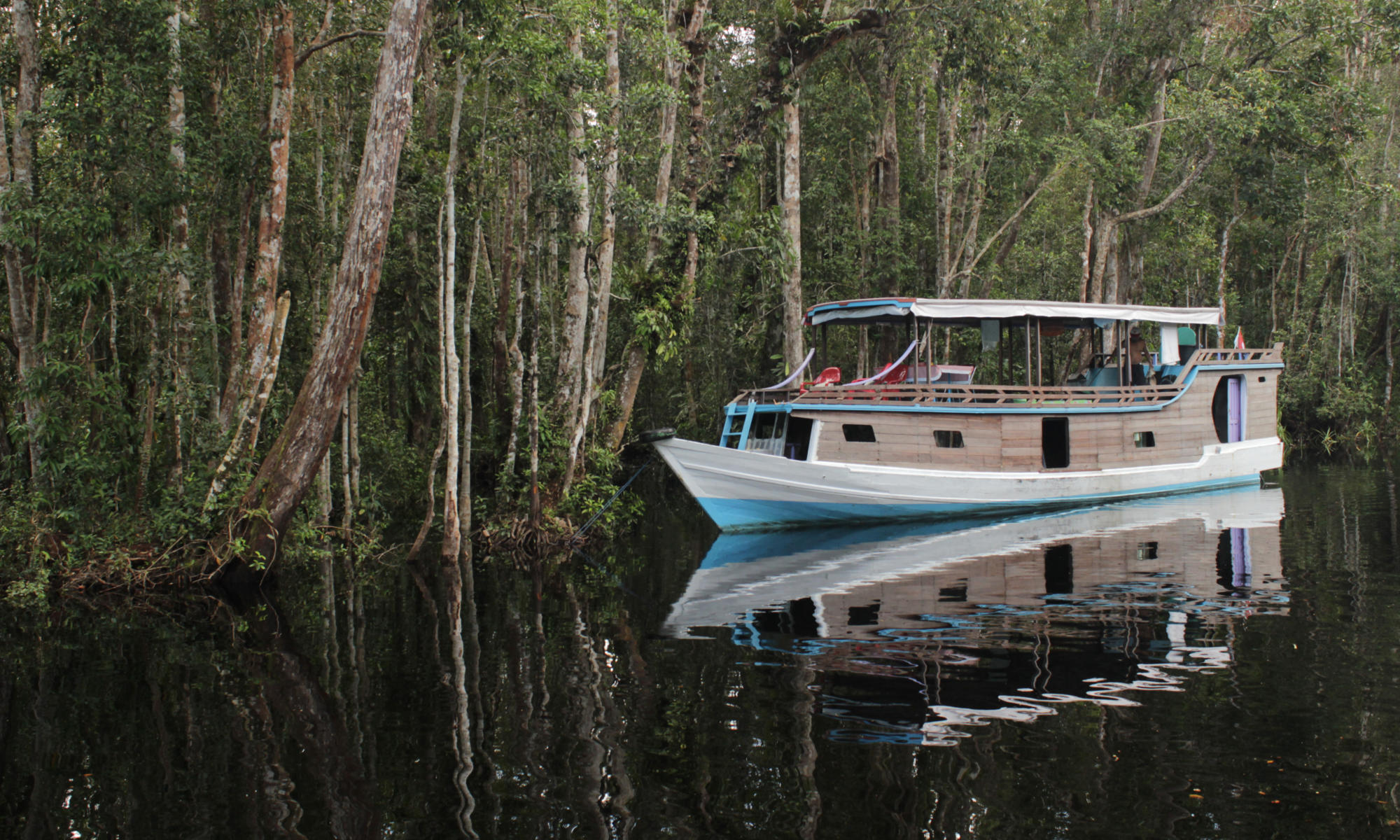 Traveling on Camp Leakey can be your option for a vacation now. You will get a different experience and gain new knowledge. To visit Camp Leakey, you can follow Camp Leakey Tour provided by several travel agents.

On tours to Camp Leakey, tourists will start from the closest area of Camp Leakey and Tanjung Puting National Park, namely Pangkalan Bun. You don’t have to worry if you are outside the Kalimantan region. Towards Pangkalan Bun is very easy.

There is one airport that serves flights from several cities in Indonesia. The airport is Iskandar Airport. Iskandar Airport has flight routes to and from Jakarta, Semarang, Surabaya, Ketapang, Sampit and Palangkaraya.

There are many packages provided by the travel agencies. However, to get the maximum pleasure and experience, choose the Camp Leakey Tour Borneo package with a minimum time of 3 days 2 nights. Usually, when visiting Camp Leakey, you will visit 2 other rehabilitation sites. That is because these 3 places are in the Tanjung Puting National Park area. The other two places are Pondok Tanggui and Tanjung Harapan. Both of these places are also rehabilitation centers for orangutans and other animals in Kalimantan.

At Tanjung Harapan, you will see the behavior of orangutans from a high platform called orangutan feeding. Towards night, you will be taken to the nearest lodge inside the National Park. There is even an option to stay overnight on board, depending on tour packages and boat facilities provided. 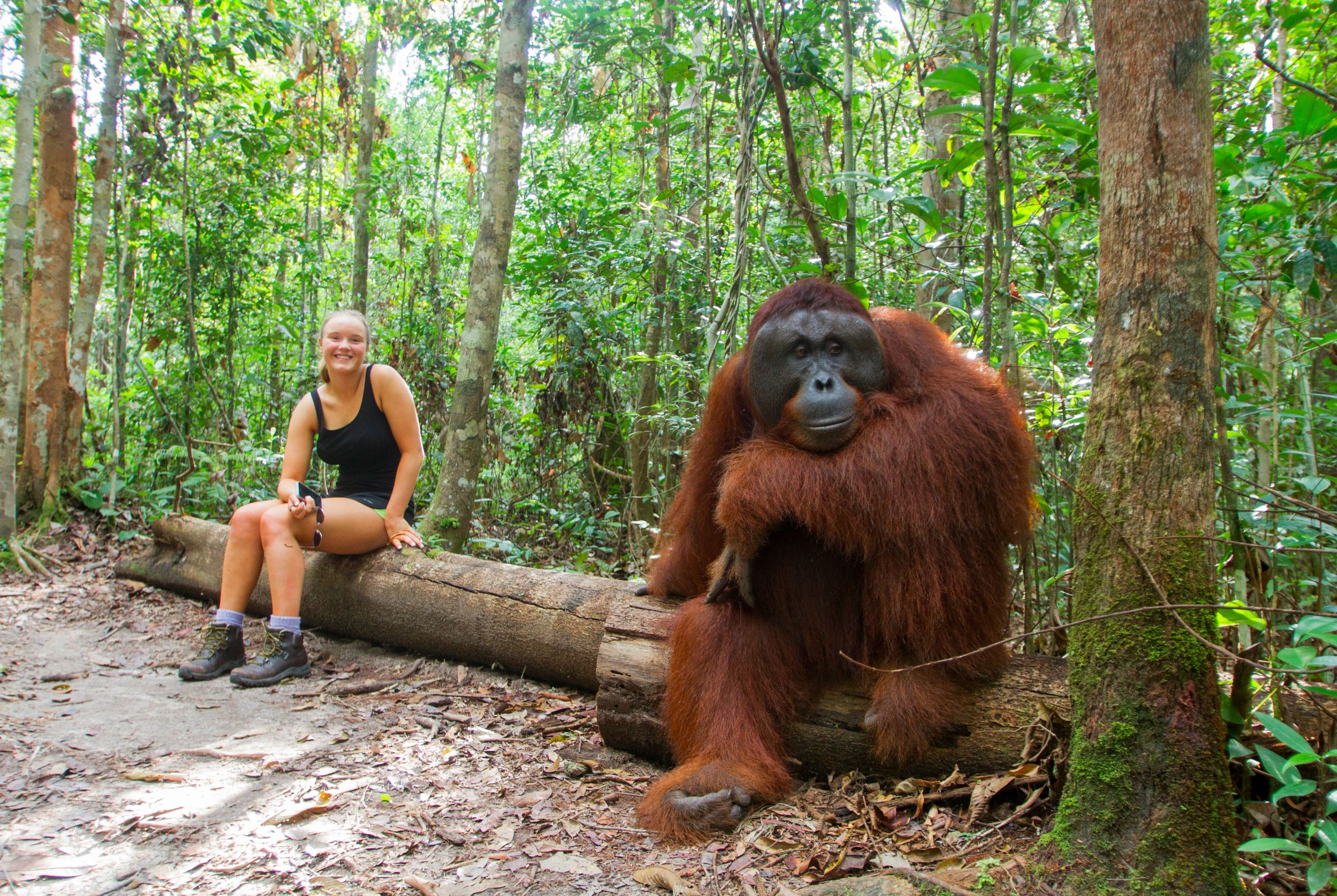 On the second day, from the lodge or boat where you stay, you will be taken to two places at once, namely Pondok Tanggui and Camp Leakey. The journey will start from Pondok Tanggui first. Just like in Tanjung Harapan, there is an orangutan feeding platform that is used to see orangutans from a height and more clearly.

After 2-3 hours here, you will be taken to the next place, namely Camp Leakey. Of the three orangutan rehabilitation centers, Camp Leakey is the most popular and the main destination when going to Tanjung Puting. Just like the 2 previous places, there is a feeding platform as a tourist observation facility.

After that, you will be taken back to your place of stay. The next day, you will return to Pangkalan Bun to end this tour.