Visiting tourist sites that have high historical value can always provide different sensations and also new things that can be learned from the past. Interestingly, in Indonesia there are a lot of historical places that are not less interesting than modern tourist destinations as today, which are now increasing in number. History, of course, has its own charm that can also amaze visitors. 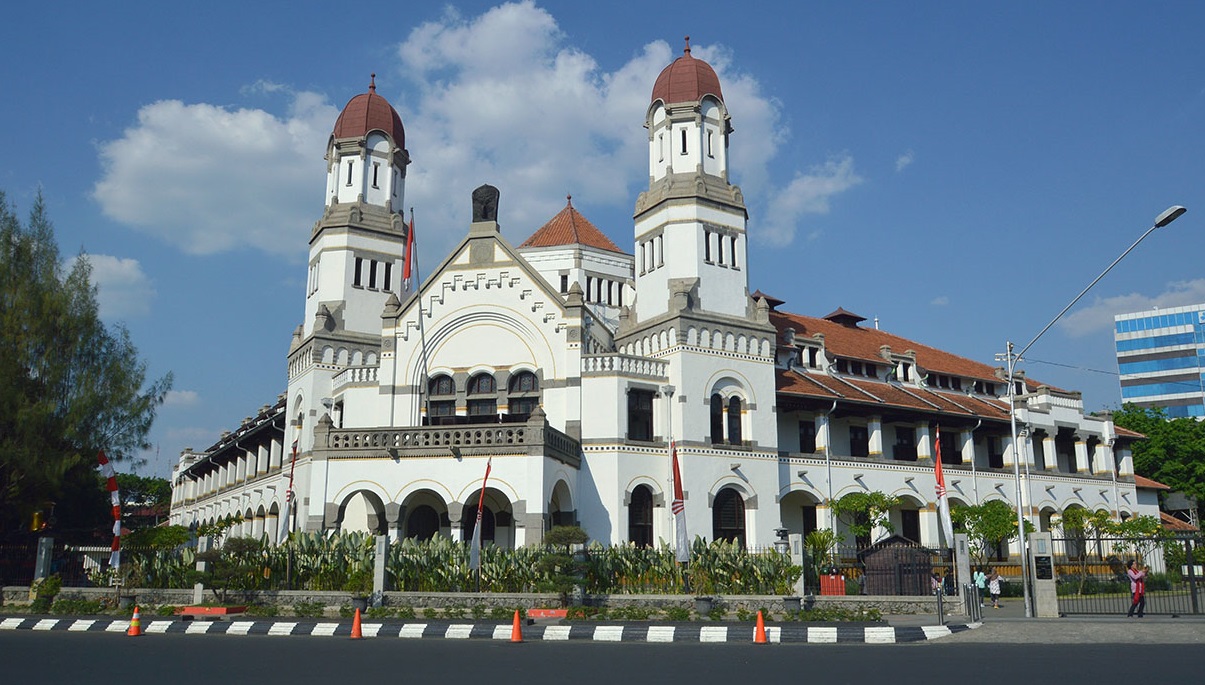 Lawang Sewu is a building located in Semarang City, Central Java Province. It is also being one of the icons of this city. The building is more than one hundred years old because it was built in 1904 and completed in 1907.

The precise location of the building is on Jalan Pemuda, Semarang, right facing the Tugu Muda monument. This building were used to be the Nederlands-Indische Spoorweg Maatschappij Central Administration Office. Now, Lawang Sewu is a fairly crowded tourist attraction in the city of Semarang. 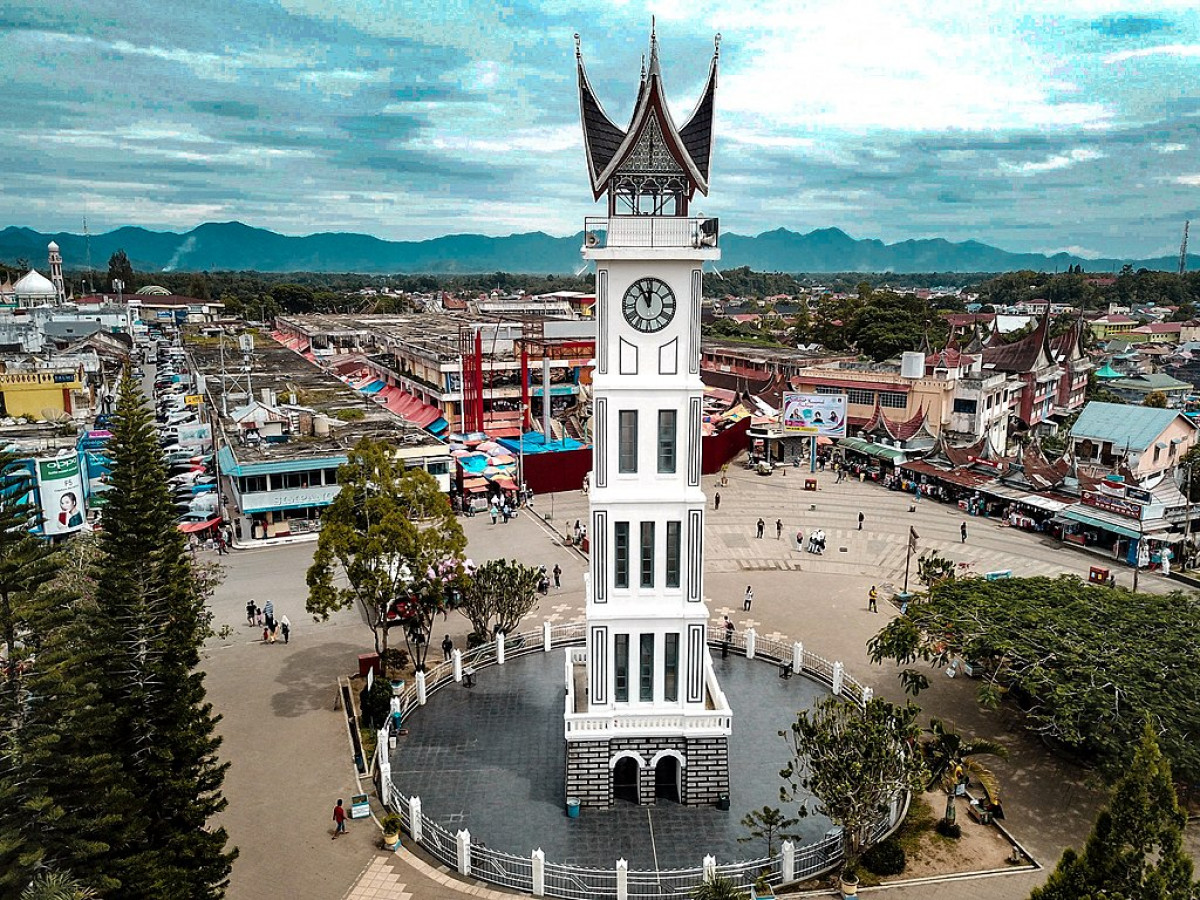 Next historical places in Indonesia is the Jam Gadang. As an icon of the city of Bukittinggi in West Sumatra Province, the Jam Gadang is a clock tower that was built in 1926. The base has an area of 13 x 4 meters while the height is 26 meters consisting of several levels.

The unique thing about this tower is that this tower was built without the use of supporting iron and cement construction material. Jam Gadang was built using traditional materials such as chalk, white egg and white sand. 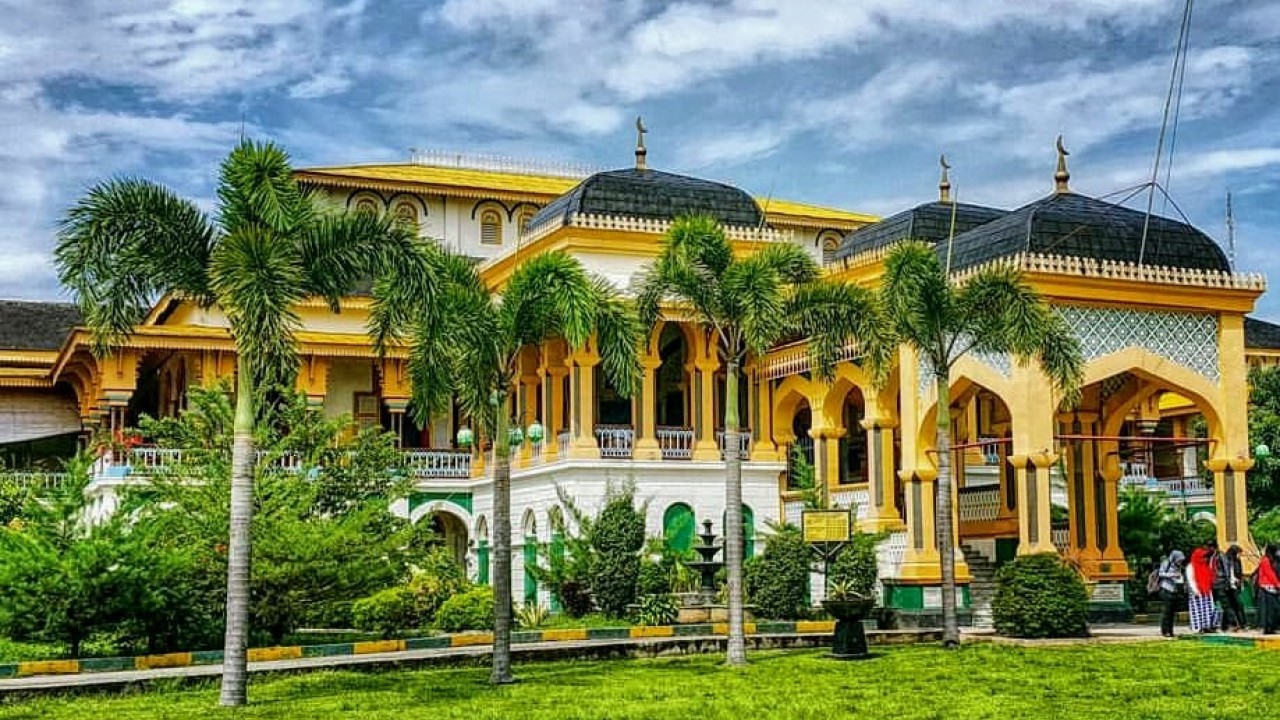 Maimun Palace which is located in Medan, Sumatra Utara Province is a former heritage of the Sultanate of Deli and it still stands firm until now. It was built by an Italian architect named Theo Van Erp who blends the traditional, Malay, Middle Eastern and European architectural concepts.

When you enter the Maimun Palace, you will be enchanted by the magnificent architecture inside the building which is dominated by golden yellow theme. Not only the interior design is captivating, all the furnitures in this palace also have special design that is no less luxurious. 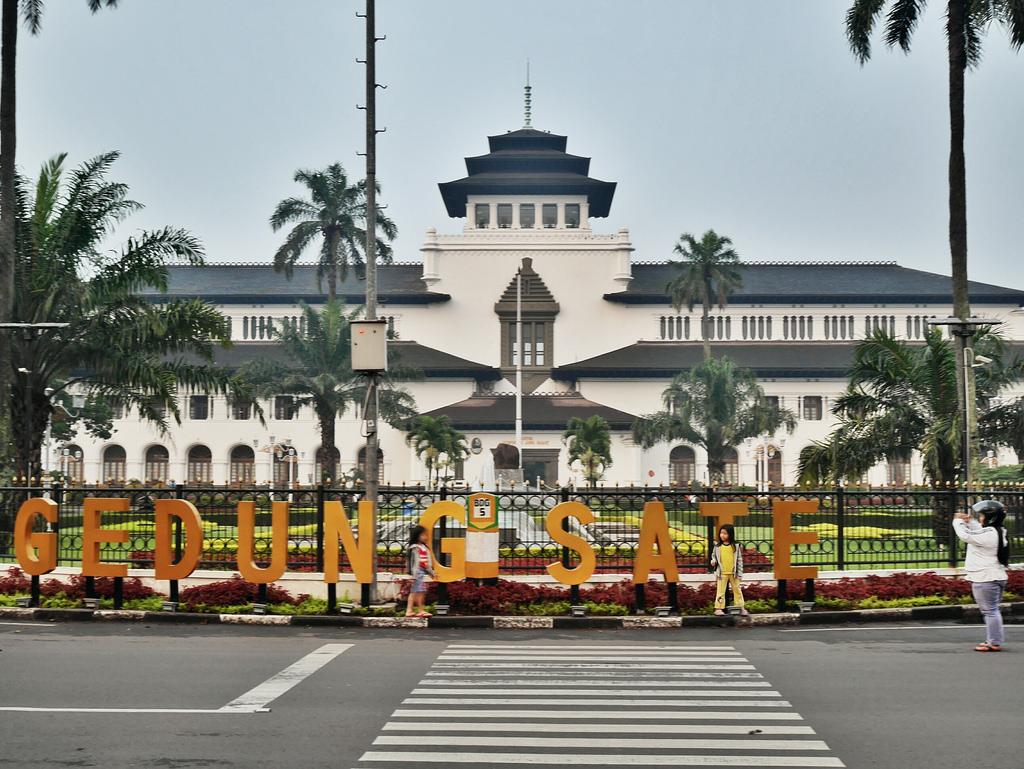 For those of you who have never been to Bandung, you must be curious by a building called the Gedung Sate. Not because this building sold a lot of satay food, but because of its trademark satay-shaped ornaments on the roof.

Actually, on the roof of the Gedung Sate there are six pieces water apple-shaped ornament which most people interpret these ornaments as a sign of fertility from the Bandung City. 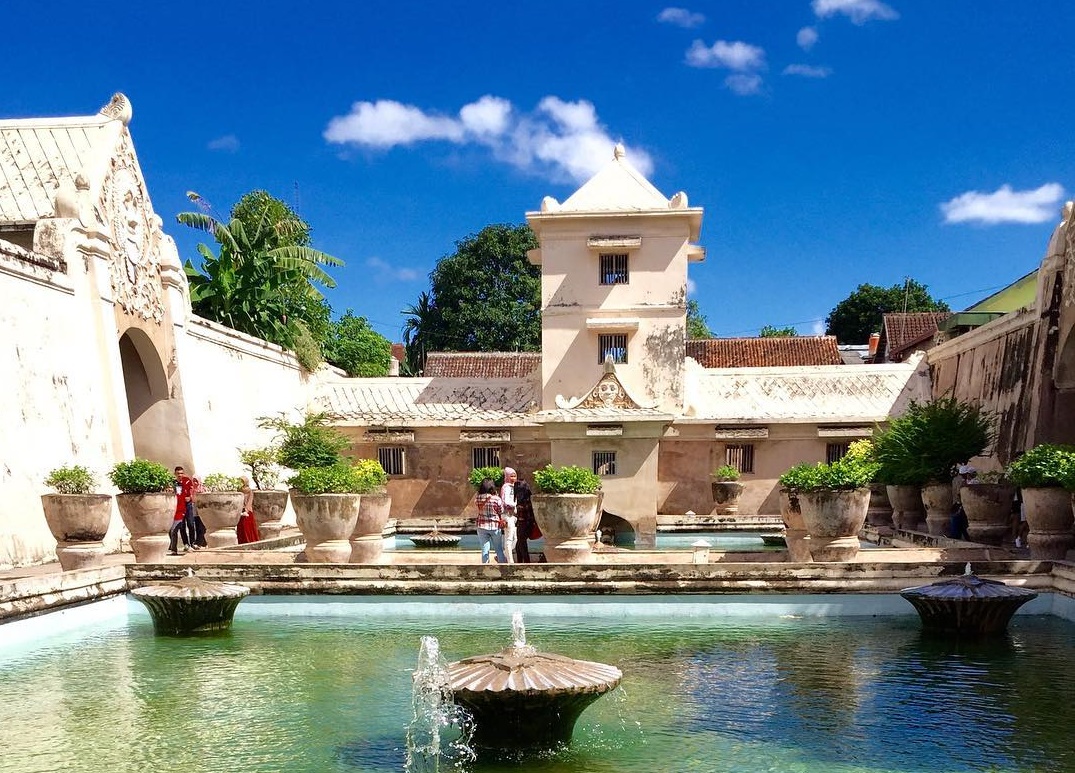 The Taman Sari Palace which is located in Yogyakarta, Central Java Province was built during the reign of the King Sultan Hamengku Buwono I in the 17th century. It is said that the total workmanship of Taman Sari took 9 years, starting from 1758 to 1765. The palace area reaches 10 hectares with many unique buildings such as bathing ponds, suspension bridges and water canals.

Historically, Taman Sari was built by a Portuguese architect who has the nickname Demang Tegis. Despite having been struck by an attack from England in 1812 and also an earthquake in 1876, Taman Sari still stands beautifully until today. 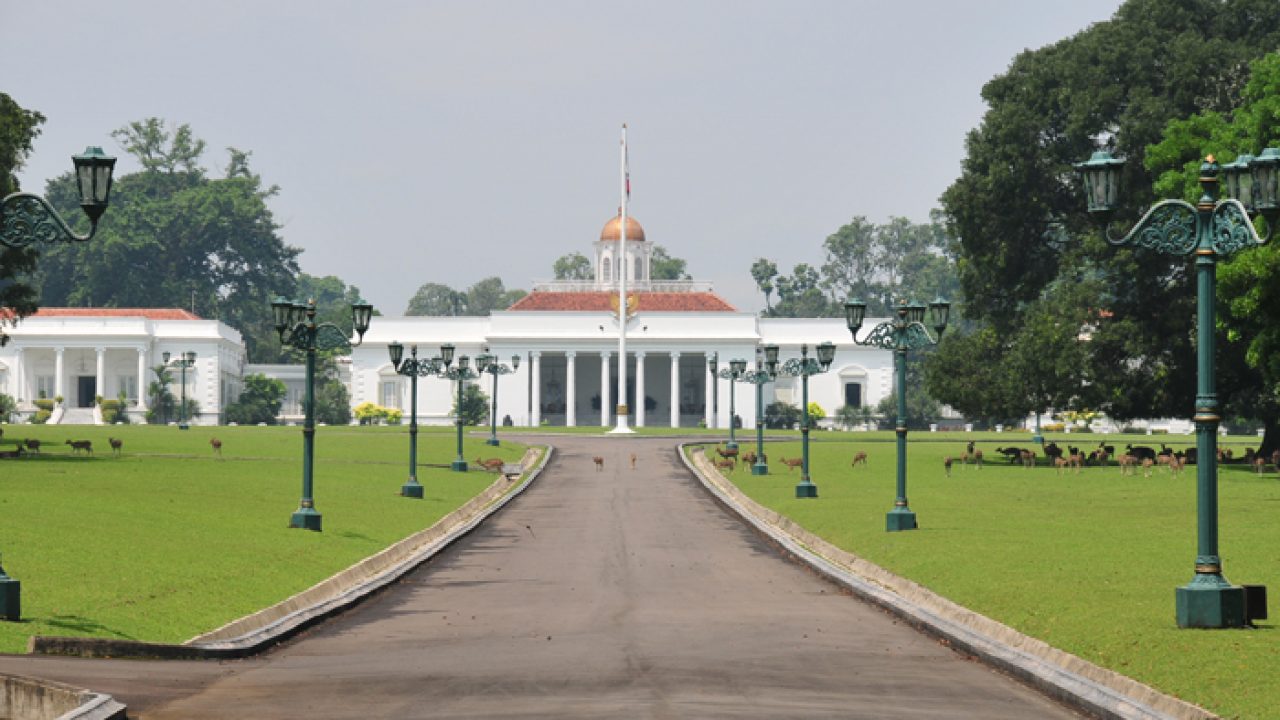 Bogor Palace is one of the six Presidential Palaces of Republic of Indonesia which has its own uniqueness due to its historical, cultural and fauna aspects. One of them is the existence of deer imported directly from Nepal and has remained awake from the past until now.

Bogor Palace was built in 1745 by Gustav Wilem Van Imhoff, a Governor-General of the Dutch East Indies. This place was used as a place to rest for the colonial officials.

After the independence period, the Bogor Presidential Palace began to be used by the Indonesian government since January 1950. Then the Bogor Palace function was transformed into a presidential affairs office and became the official residence of the President of Republic of Indonesia. 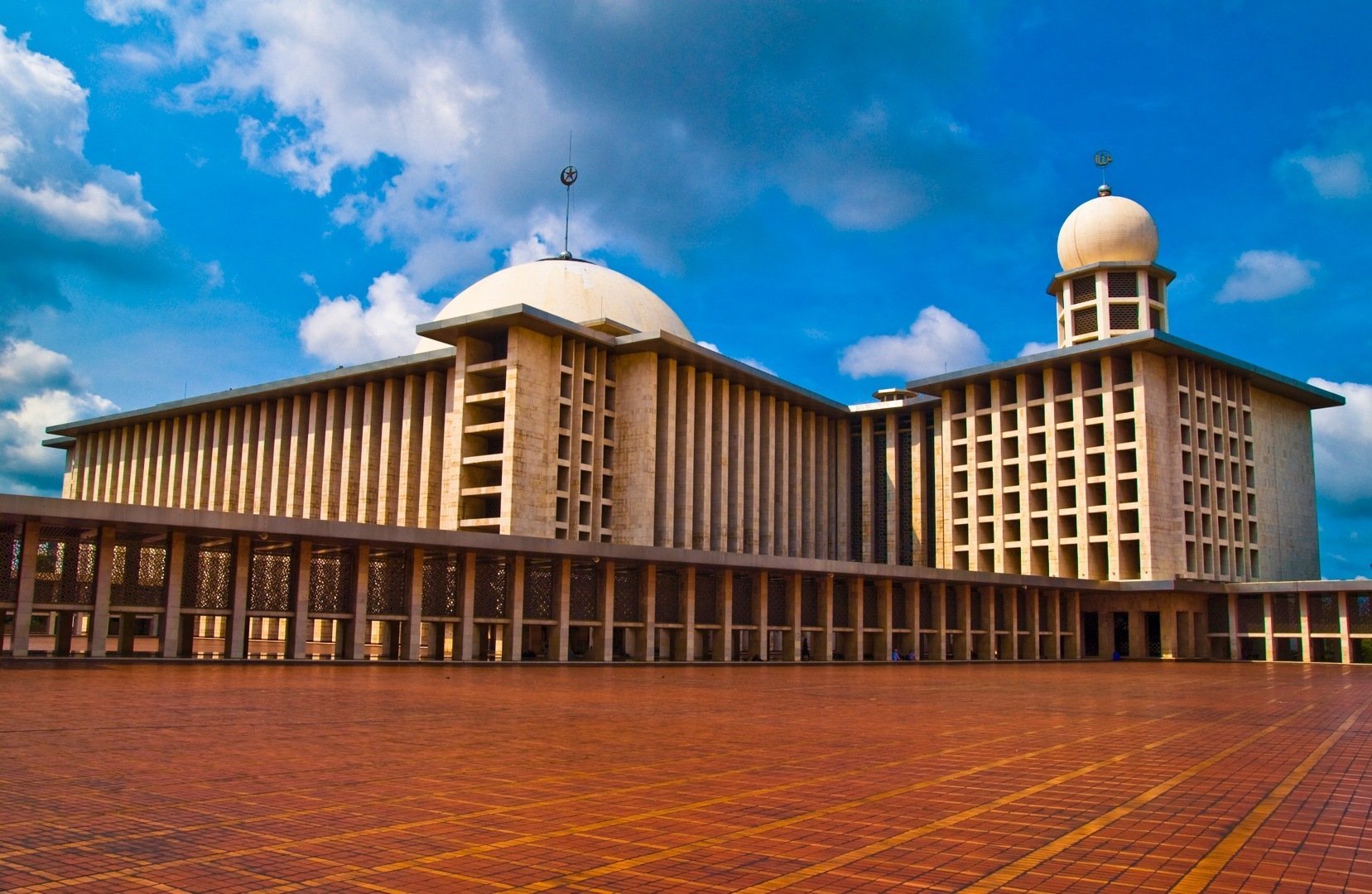 Istiqlal Mosque is the largest mosque in Southeast Asia. The main building of this mosque consists of five floors plus one ground floor. The dome embedded above the building measures 45 meters in diameter. The mosque has an area of 4 hectares and the capacity of pilgrims to 200 thousand people.

It was built on August 24, 1961, which is considered unique because the date to coincide with the birth of the Prophet Muhammad. Then on February 22, 1978, the Istiqlal Mosque was officially opened to the public. 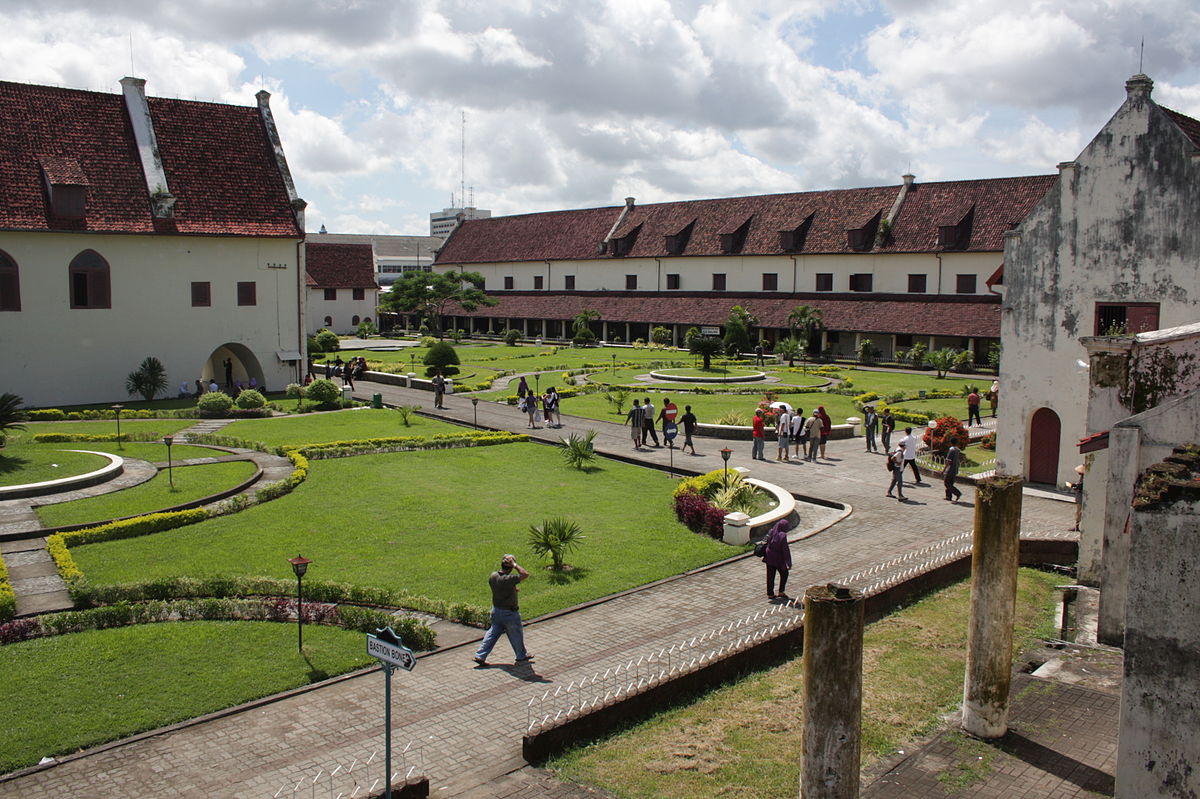 Next historical building in Indonesia is the Fort Rotterdam. It is a fortress located in Makassar, South Sulawesi Province and is a relic from the Dutch colonial era. Even so, the fact is that this building was not built by the Dutch, but was built by the Gowa Kingdom which later fell into the hands of the invaders in 1667.

Previously, this fort had the name of Ujung Pandang Fortress. However, the name was changed by the Dutch into Fort Rotterdam. Of course at that time the Indonesian couldn’t stay still and tried to retake this fortress led by the fighters Sultan Hasanuddin. 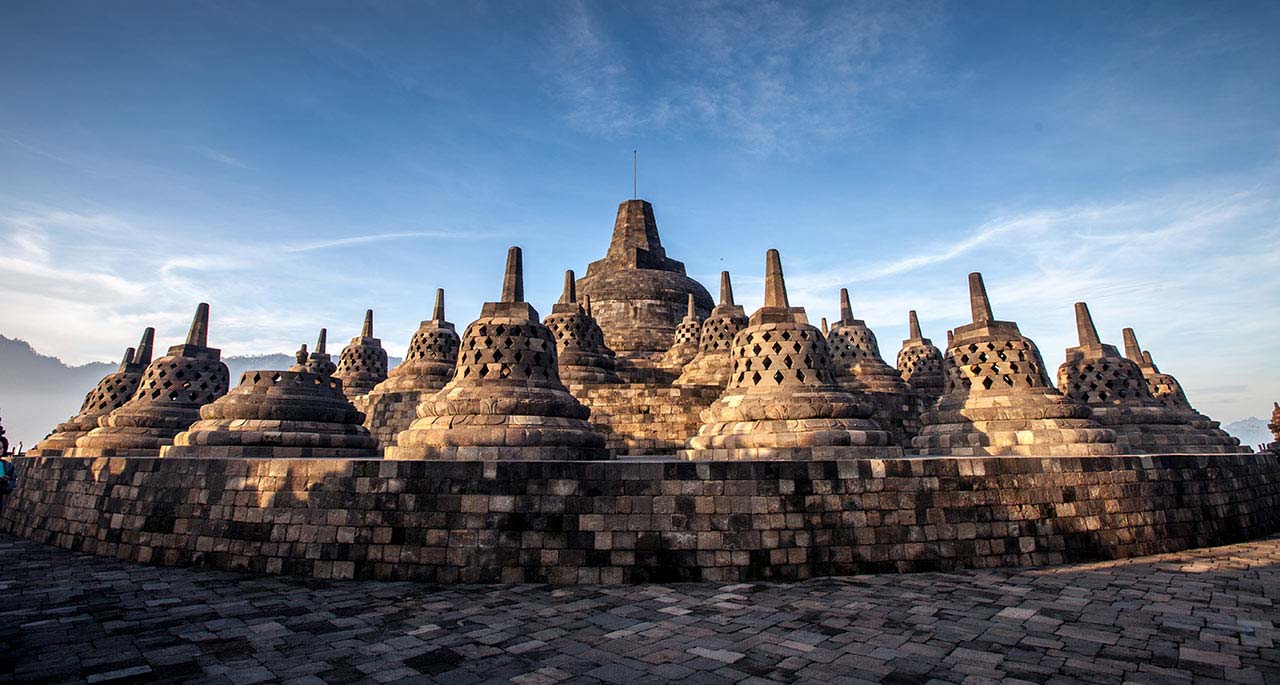 Borobudur is a Buddhists Temple that stands in a special location. Why so? Because of its location flanked by two pairs of mountains which are the Mount Merapi and Mount Merbabu, and Mount Sumbing and Mount Sindoro. This beautiful Borobudur Temple is situated in Magelang, Central Java Province. 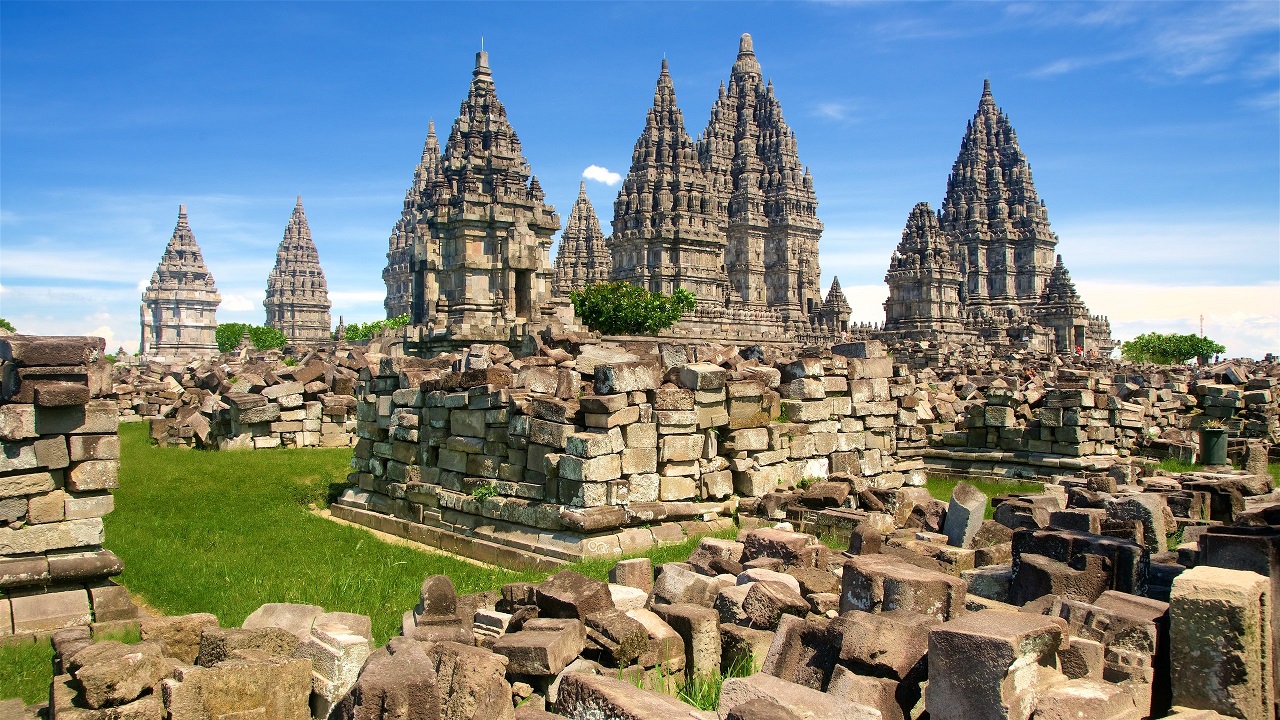 Prambanan Temple or Roro Jonggrang Temple, located in the Special Region of Yogyakarta, is the largest Hindu Temple complex in Indonesia which was built in the 9th century AD. This temple is dedicated to the Trimurti, the three main Hindu deities namely Brahma as the creator god, Vishnu as the guardian god, and Shiva as the god of destruction. On the walls of each temple, you can see reliefs that tell interesting Hindu epics to follow.