The Mysterious Figure of Ju Panggola in Gorontalo

The Muslims in Gorontalo Province which is located in west part of North Sulawesi Province, surely know the Ju Panggola name. Ju Panggola was a scholar, warrior and well-known Waliyullah in the 16th century. In short, Ju Panggola was a charismatic figure whose grave was sacred, and until now many people have always visited his sanctuary. As a tribute, Ju Panggola’s mausoleum was built behind the mihrab of Masjid Quba – a small mosque, on top of a hill with a beautiful panorama around it.

Ju Panggola is actually a title, which means “elder leader”. The people of Gorontalo in ancient times had always known Ju Panggola as an old man in a white robe that reaches to the knees. He is also known as Ilato or Lightning because of his struggle against the Dutch invaders. Legend says he was able to disappear and re-emerge if the country was in dire circumstances. Because of his services, Ju Panggola received a custom designation as “Ta Lo’o Baya Lipu” or a person who contributed to the people “, as a symbol of the honor and nobility of the country.

Ju Panggola is also known as a propagator of Islam religion. Thanks to his mastery of high religious knowledge, he is not only known as an Ulama (Cleric), but also as a Wali Allah (Guardian of Allah). And as a fighter, he is also known as a skilled warrior in martial arts which in Gorontalo is called Langga. Thanks to his supernatural powers also, he does not need to physically train his students, but simply by dripping water on the pupil’s eyes, and after that, the student gets amazing martial arts moves spontaneously. 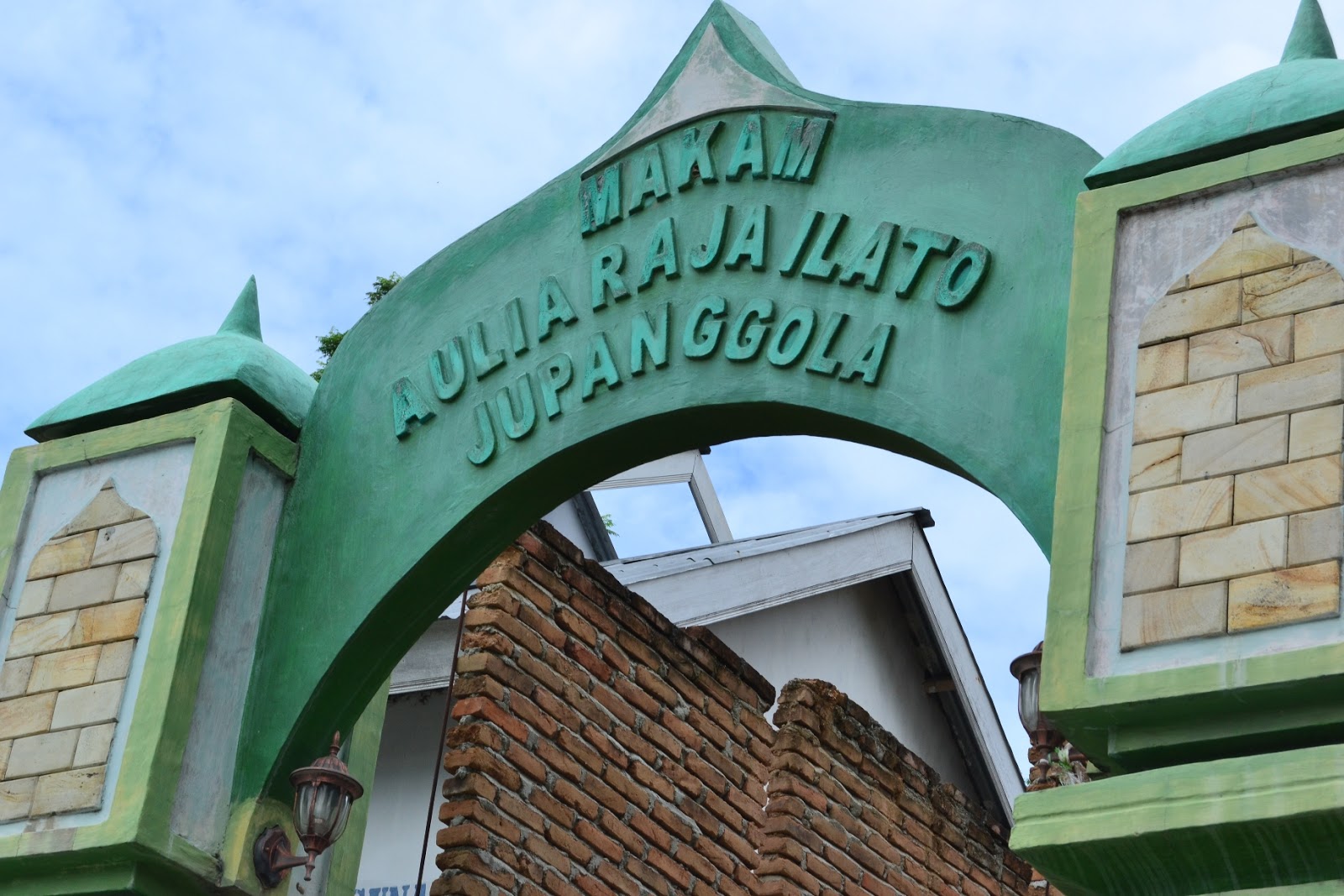 But there is another version of the legend that says Ilato is a King. However, no one can confirm whether Ilato Ju Panggola was also King Ilato, the son of King Amai who ruled the Gorontalo Kingdom from 1550 – 1585, and established Islam as the official religion of the kingdom. To be sure, on a stone inscription on the hill which is also the foundation of the Quba Mosque, inscribed the words: Masjid Quba, the grave of Ta’awuliya King Ilato Ju Panggola, Ta Lo’o Baya Lipu, 1673 AD, died Sunday 1 Muharam 1084 H.

Like many legends, a version says, Ju Panggola passed away in Mecca. But another version says, he did not pass away, but disappeared magically. So what about the tomb behind the mihrab of the Quba Mosque which is believed to be the tomb of Ju Panggola? According to local tourism officials, the sacred grave was built by local residents only to value a miracle in the land where the graveyard is now located.

The white ground on the hill is very fragrant. According to the elder stories, Ju Panggola once had a testament, “Wherever there is a fragrant smell and the soil is white, that’s where I am.” That is the reason why the local residents assume the hill is where Ju Panggola “had a long rest.” 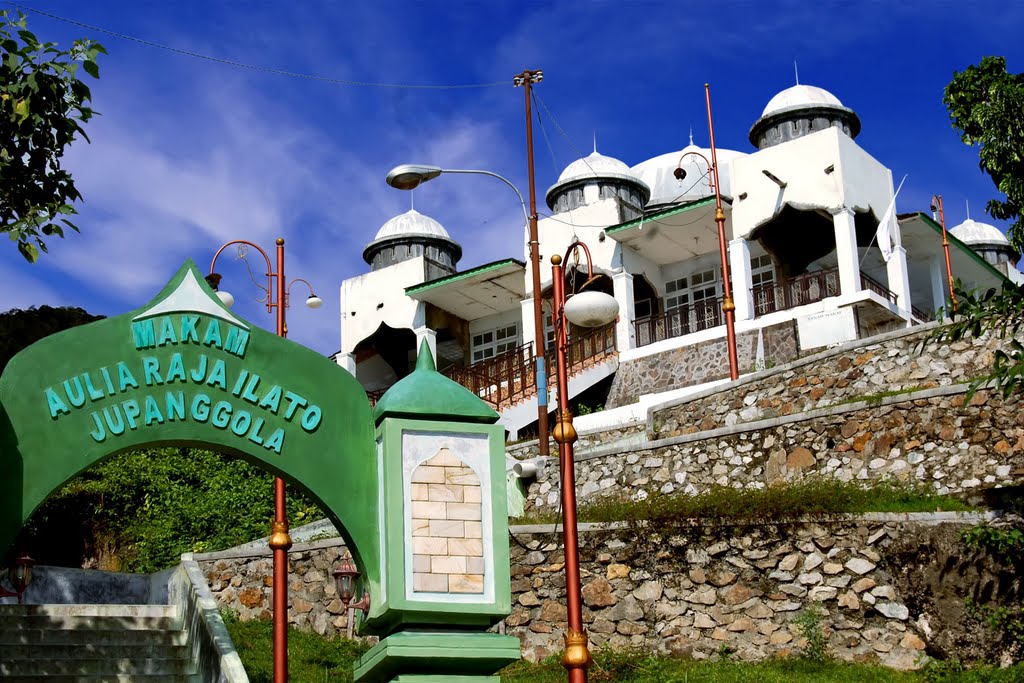 The Ju Panggola’s sacred grave is contained in a room measuring 3 x 3 meters. The floor is made of white ceramic, the same color as the valance covering the wall hanging down to the floor. A fan stuck to the ceiling of the tomb.

According to the graveyard keeper, the white and fragrant soil is often taken by pilgrims, because they believe that a pinch of the graveyard soil can be used as medicine. In fact there are even girls who bring home a lump of land to be used as a powder scrub. They believed the soil can make them more beautiful. Miraculously, even though the soil is often taken by pilgrims, the burial ground is never hollow or diminished.

When the dry season comes, many people visit the grave. At Ju Panggola’s sacred grave, they usually pray for seven days while fasting and praying fervently. There are also some pilgrims who carry out special rituals by placing a bottle of water in the tomb for three days and three nights. They hope that the water will be the cure for all kinds of diseases.