Ahead of the Islamic New Year, each region in Indonesia celebrate it in their own way. As in Bengkulu, the local community held an event called the Tabot (Ark) Festival 2019. The event is quite unique, so it should not be missed when you are visiting Bengkulu and surrounding areas. Want to know more about the Tabot Festival? Check out the reviews below.

Every year, from 1 to 10 Muharram Islamic calendar year, which also marks the New Year in the Islamic calendar, people in Bengkulu Province in Sumatra are rejoice in the ritual celebration of the unique Bengkulu Tabot Festival 2019. This year, the event falls on 1 – 10 September 2019 when the religious and socio-cultural Tabot is again carried out at Merdeka Square in the city of Bengkulu. 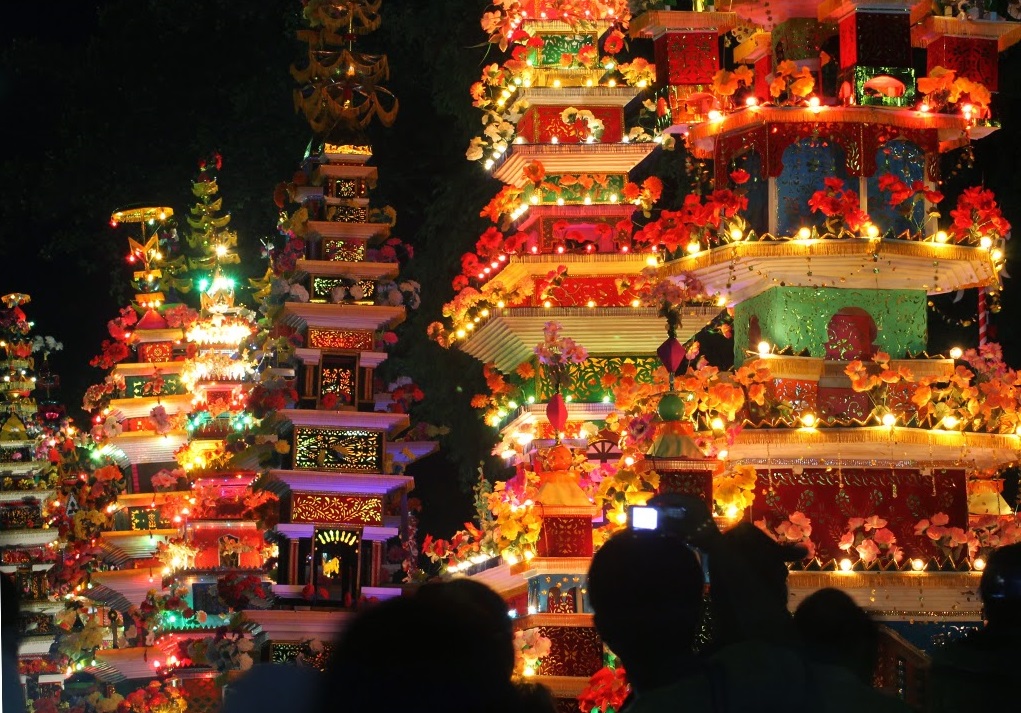 The Tabot Festival or the Tabut Festival is a recreation of a tragic event that beset Hasan Hussein, the grandson of the Prophet Muhammad, and, therefore, must be commemorated to honor him.

Historically, in the year 61 (based on Islamic Calendar), on his way to Iraq, Hussein was ambushed by Ubaidillan Bin Ziyad’s forces. Then fierce fighting took place in the Karbala desert, where Hussein was finally killed.

It is believed that the Tabot ritual was first carried out in Bengkulu in 1685 by Syeh Burhanuddin, also known as Imam Senggolo. He was the first person to spread Islam in Bengkulu where he married a local girl. His offspring become known as the Ark/Tabot family. The ritual is then passed down from generation to generation by the Tabot Family Community. 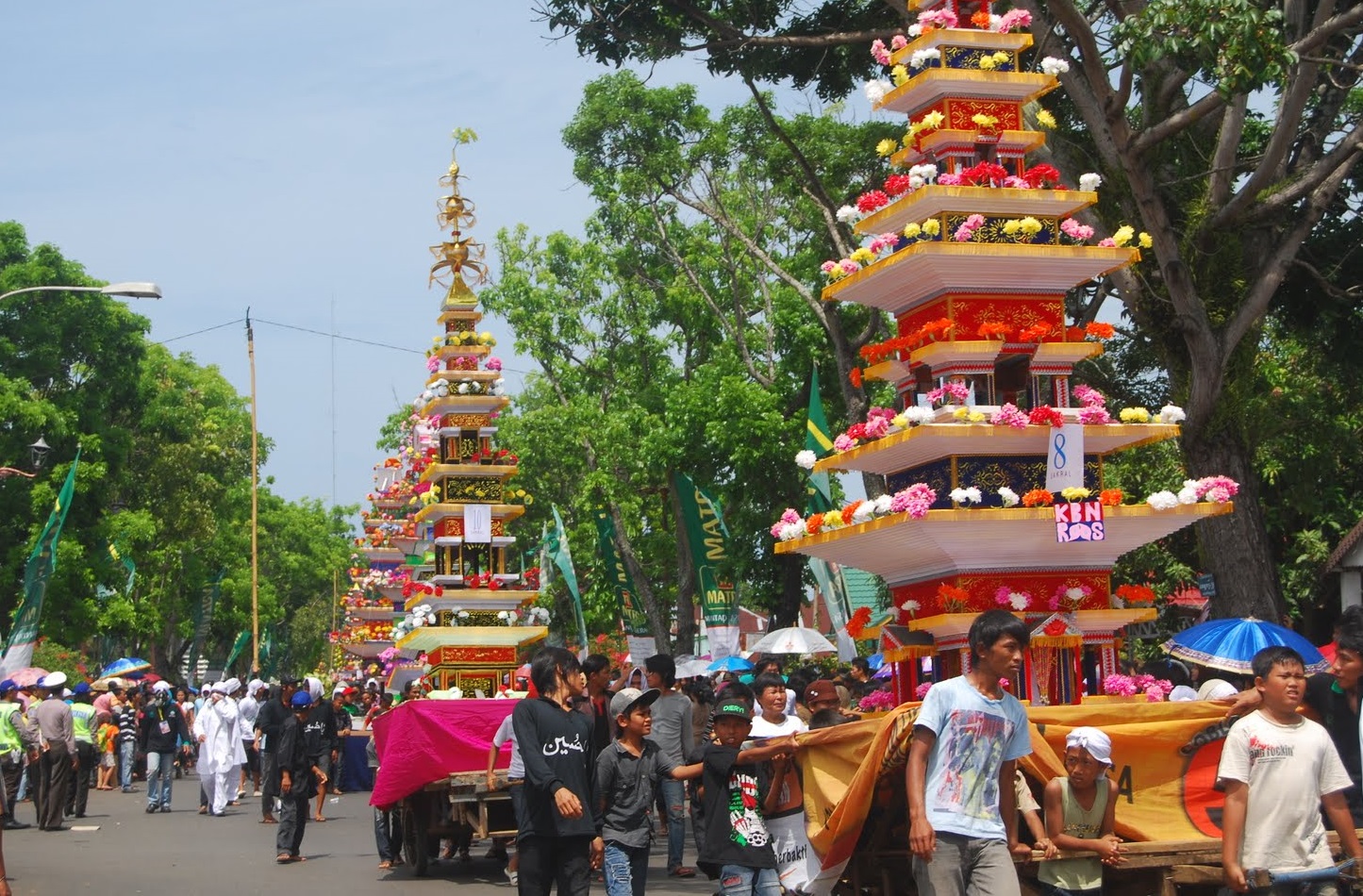 As usual, the highlight of the ritual is the impressive Tabot tower procession on a floating carrier carrying Hassan Hussein’s imitation coffin. This unique creation is made of bamboo, rattan or a paper machine and adorned with luxurious colorful paper, wood carvings, artificial flowers which are illuminated by sparkling lights.

The parade is accompanied with the sound of music from traditional instruments following the beat of the dol (a rounded drum measuring 70 – 125 centimeters). This dol drum is another important part of the Tabot Parade. The number of replicas of coffins and miniature of tombs were then paraded to the city center to re-demonstrate the scenes in “Karbala battlefield.” This is the highlight of the event which is attended by thousands of local and international visitors. 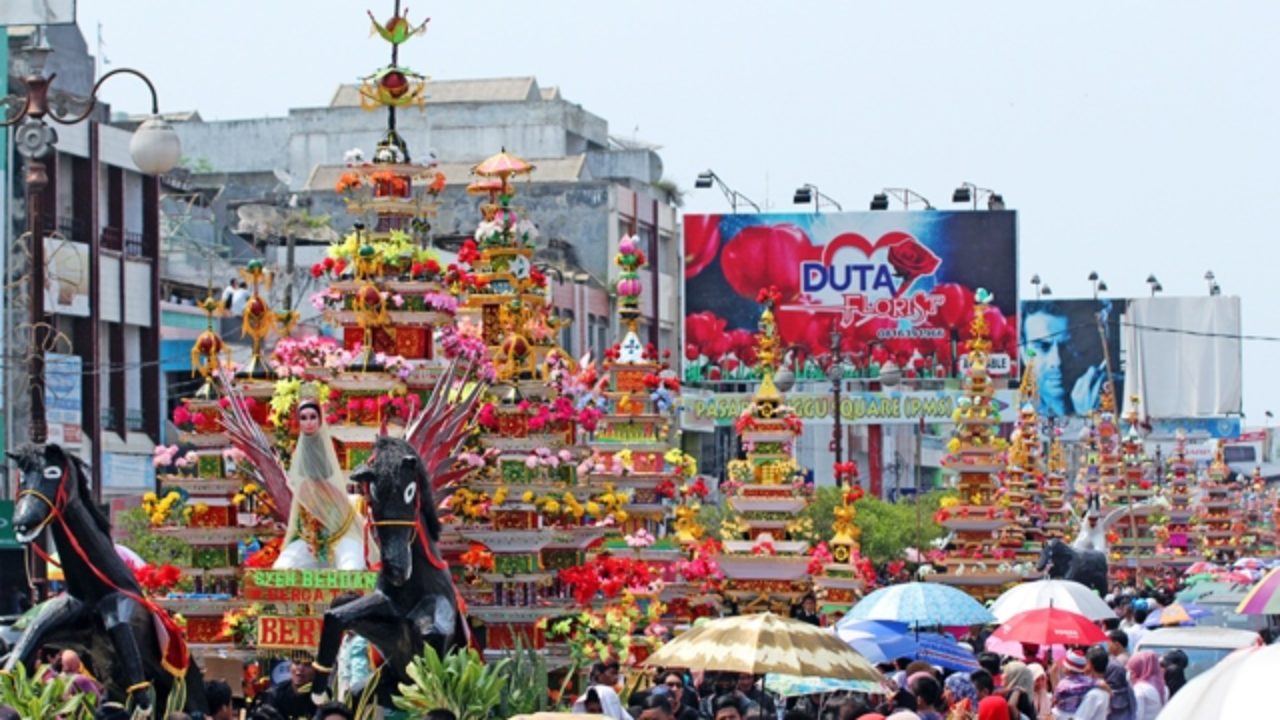 Among those activities, this year there will be a traditional horse-drawn carriage competition, Tabot dance performances and other arts and cultural performances. Most of the events will be held at Balai Raya Semarak Bengkulu.

Interested in watching the excitement of the 2019 Ark Festival? You can immediately come to Merdeka Square in the city of Bengkulu. The festival which is part of the program of 100 Wonderful Indonesia Calendar Events 2019 will take place from September 1st to September 10th, 2019.

To reach Bengkulu, you can fly from Jakarta, where 6 flights are operated daily by Lion Air, Sriwijaya Air, Citilink and Garuda Indonesia. If you dare for an adventure, take the overland route by renting a car or taking a cross-provincial bus.