Borobudur Temple is a Buddhist Temple which is located in Magelang, Central Java, not far from the Yogyakarta City. Its existence is not only popular in the national level, but also at international level. This amazing historical relic is so special. How the stones are arranged and formed in such a way as to form a building with high artistic value.

It is not surprising that apart from Prambanan Temple, Borobudur has always been a tourist destination for both domestic and foreign tourists. Until now, Borobudur Temple still stands majestically and charmingly without showing its senility. 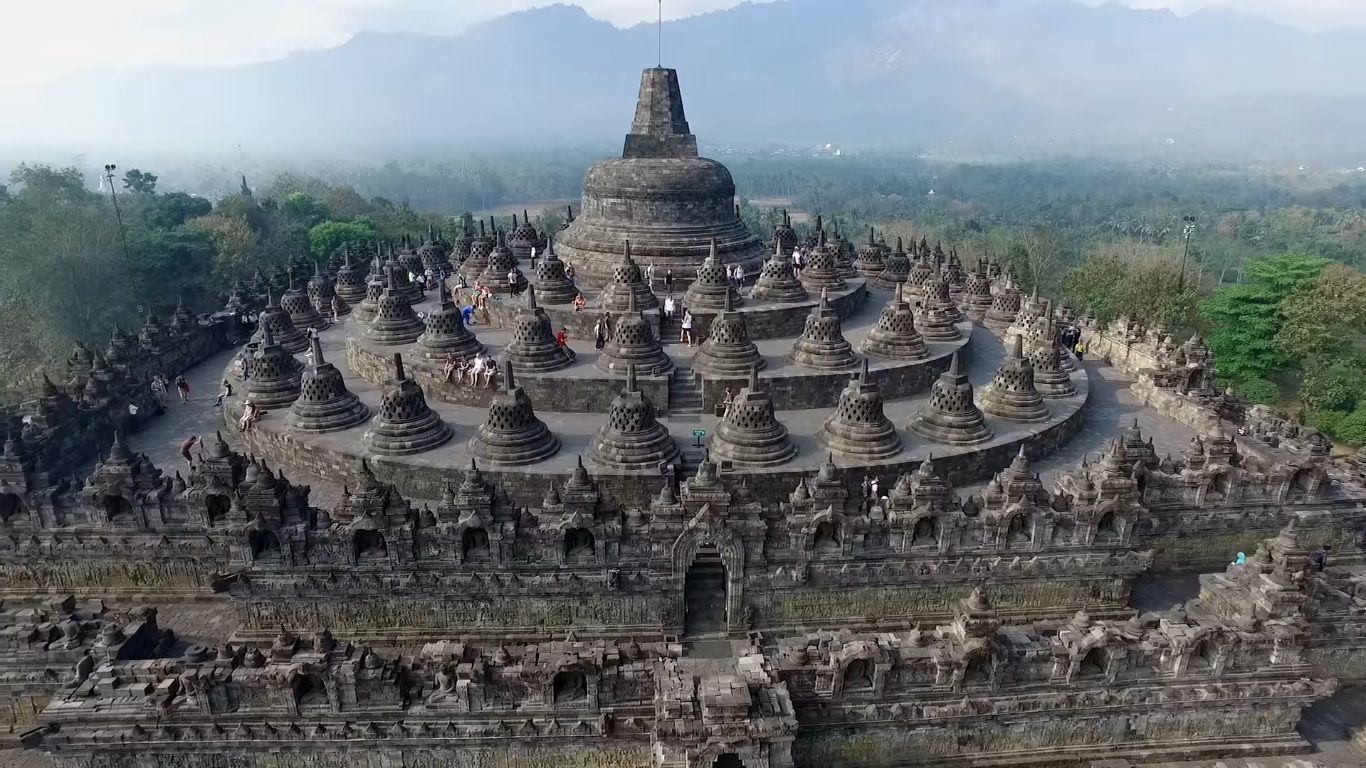 Talking about its founder, there is no clear record of who exactly created this temple. However, this temple is known to have been built during the glory of the Syailendra Dynasty.

In addition, it has not been known for sure if this temple was built for Hindus or Buddhists. At that time, the Syailendra Dynasty adhered the Mahayana Buddhism.

However, there is also a Sojomerto inscription finding which states that initially they embraced the Hindu theory. At that time, many temples were built in Java and were used as places of worship.

One example is the Shiwalingga Temple. However, looking at the shape and type of the stupa, it was agreed that this temple was a relic of the Buddhist kingdom.

This temple is estimated to have been built around the time of 760 to 830 AD. It seems that Borobudur takes at least 100 years to complete the temple construction and is thought to have been completed during the reign of King Samaratungga. 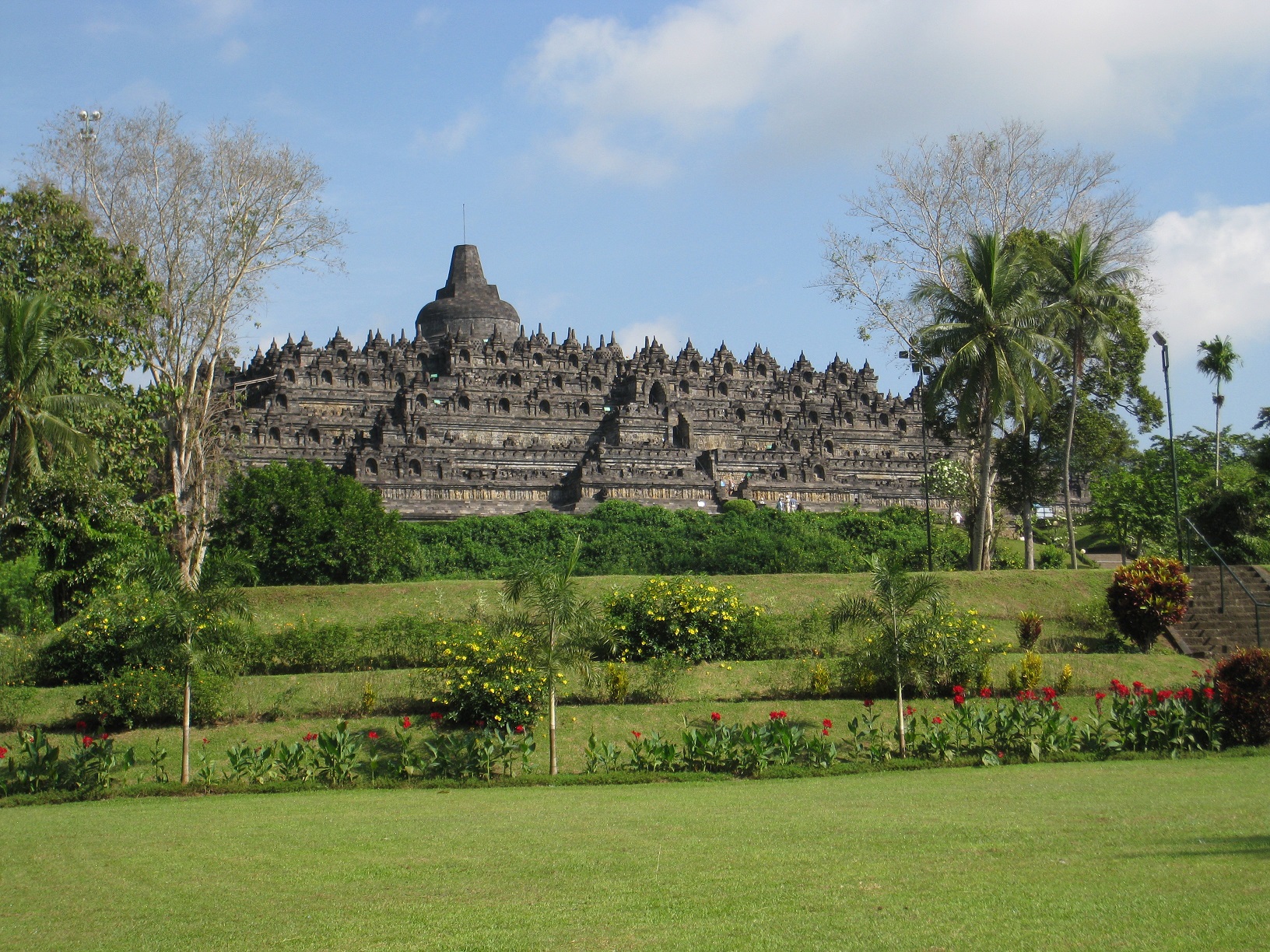 For those of you who are curious about the Borobudur Temple, here are some important and interesting facts you need to know, which are:

1. 12 Centuries Old
Until now, Borobudur Temple is estimated to be around 12 centuries or 1200 years old. This is supported by some discoveries which state that the construction of this temple began in the 8th or 9th century AD.

2. Been Neglected
Some historical evidence states that the existence of this great temple was neglected. This happened around the 14th or 15th century AD, when Hindu Buddhist civilization began to decline in Indonesia. This year also marks the entry of Islam to Indonesia.

3. Cultural Property Theft
Before being completely restored and preserved, the great Borobudur Temple was the target of irresponsible people. They take Buddha statues to sell to antique collectors or to museums. Many parts of the temple were lost and diminished as a result of these looters. That is why many Buddha statues are headless.

4. Exhibited at Thailand Museum
Apart from theft, the loss of statues and artifacts at Borobudur Temple could not be separated from the intervention of the Dutch East Indies government. In 1896, the King of Thailand visited Indonesia and expressed his intention to have several parts of the statue from this temple.

The request was approved by the Dutch East Indies government. Finally, 5 statues of Buddha, 30 stones with reliefs, two statues of lions, stone shaped kala, stairs and gates, statues of dwarapala guards were brought to Thailand.

5. Twice Restoration
Borobudur Temple has undergone two restoration works to maintain its integrity. The first renovations were carried out in around 1907 and 1911. However, due to limited costs, the restoration could not be done optimally.

This first restoration found several missing Buddha head statues, dismantled and rebuilt the three terraces and the peak stupa. The second restoration was carried out in 1960 – 1973 with more intensively to protect this historical monument.

The Indonesian government and UNICEF are jointly undertaking a major repair project to strengthen and repair all parts of the temple. That said, this project cost nearly 7 million dollars.

In 1991, Borobudur Temple was designated as one of cultural objects from the past or a world heritage site. This temple is a cultural object that represents a creative and genius human masterpiece.

7. Once a Bomb Target
On January 21st, 1985, Borobudur Temple was targeted by a bomb that destroyed 9 stupas and two Buddha statues. The perpetrator of this bombing was a Muslim preacher named Husein Ali Al Habsyie.

The background to this bombing was not reported in a clear and focused manner. Several sources stated that the problems ranged from religious conflicts, conflicts of interest and many more issues.

8. Rocked by the Earthquake but Stand Still
Borobudur Temple was also rocked by an earthquake measuring 6.2 Richter scale on May 27, 2006. Even though the Yogyakarta earthquake almost destroyed the surrounding area, this Buddhist temple remained firmly standing without any slightest move.

9. Two Million Visitors Each Year
The popularity of this temple is not in doubt. Borobudur name is increasingly widespread throughout the world. This can be seen from the increase in the number of visitors every year. On average, Borobudur visitors even reach 2.5 million people per year. 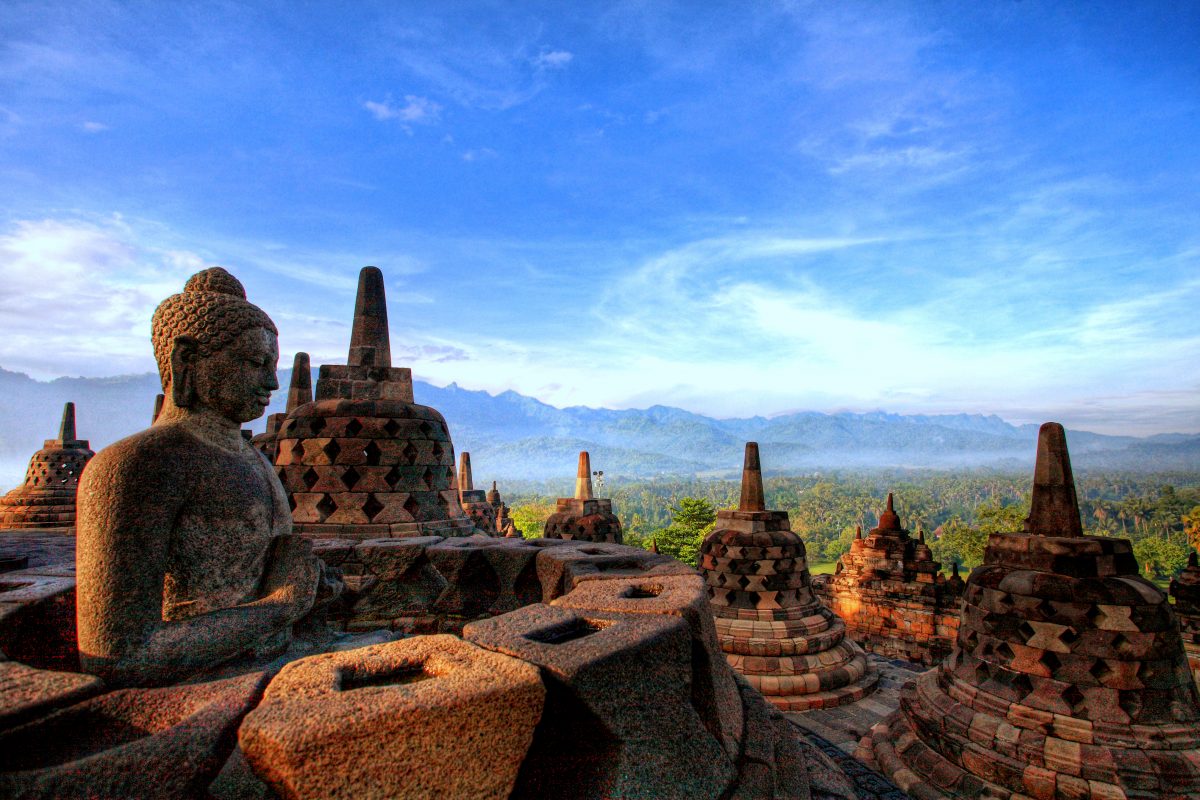 Borobudur Temple can be said to be a mandatory tourist spot that must be visited when you are on vacation in Yogjakarta. Almost everyone has visited this place once.

However, for those of you who have never come here, here are some informations that you can use.

Access. To reach the Borobudur Temple, you can use the Transjogja bus line A to Jombor. After that, the journey can be continued by bus to Jombor – Borobudur route.

Tourist Facilities. There are lots of tourist facilities around Borobudur temple. You don’t need to worry about having trouble finding a place to stay or the nearest restaurants. Moreover, there are also many activities held by the temple management committee such as cultural festivals, music events, Buddhist celebrations and many more.