For travelers, a museum is a great place to recognize the city they are visiting for a short time. In the museum you can find various things that summarize the history and culture of the area. Indonesia also has some museums that are fairly complete and interesting to visit.

Almost every city in Indonesia has its own museum. In fact, some of the museums are successfully chosen as the most favorite museum according to TripAdvisor choice. Here are 10 best Indonesia museums to visit.

The National Museum or the Elephant Museum is one of the best museums in Indonesia, located on Jalan Merdeka Barat, Jakarta. This museum is the first museum in Indonesia and also the Largest Museum in Southeast Asia.

The museum which was founded in 1778 keeps many ancient objects from all over Indonesia such as ancient statues, inscriptions, ancient objects, handicraft items which categorized into ethnography, bronze, ceramics, textiles, numismatics, historical relics and other valuable objects.

Usually every weekend from morning to afternoon there are always activities in this museum such as learning traditional dance, batik or fairy tale performances in collaboration with the famous Teater Koma (Koma Theater). 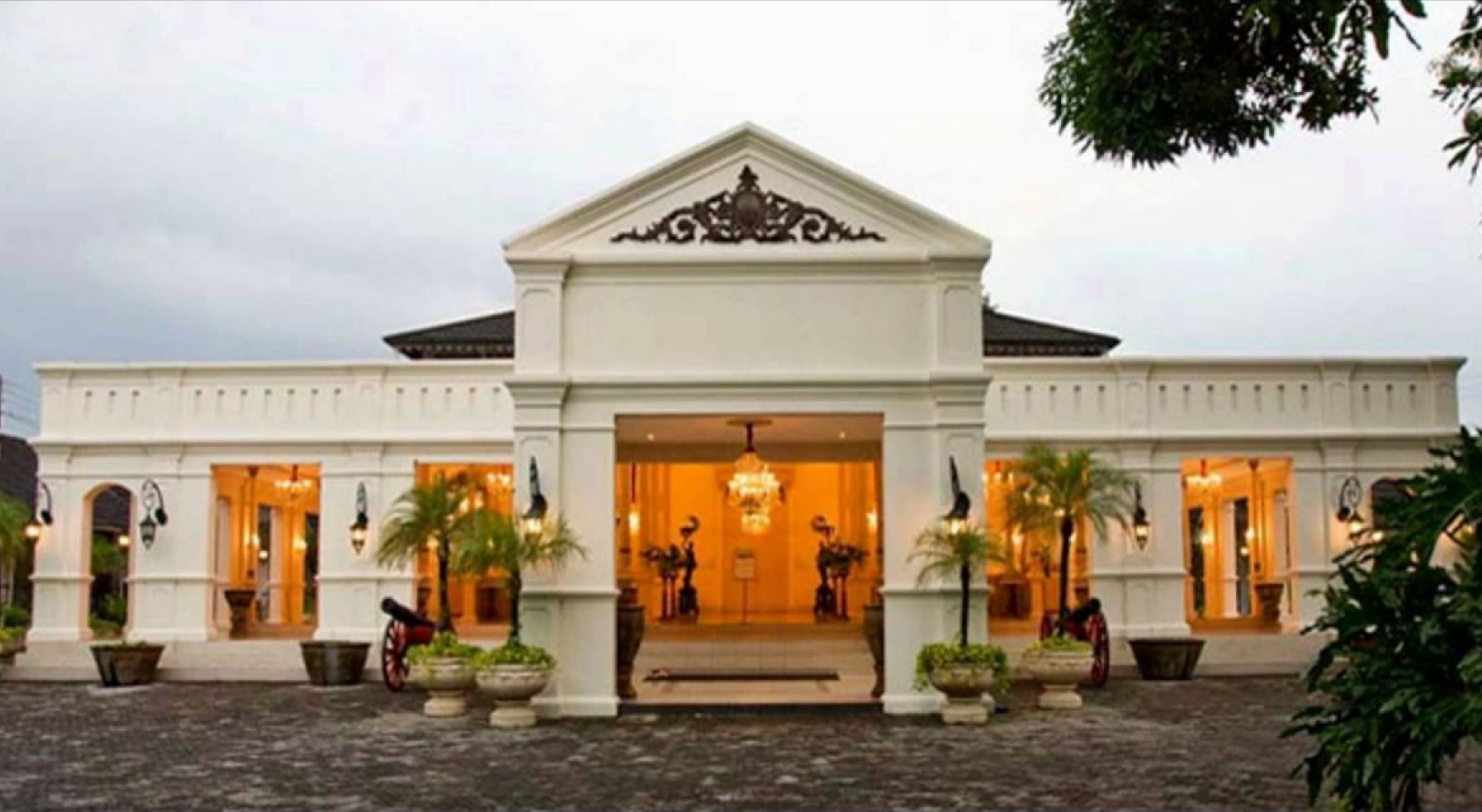 The Danar Hadi Batik Museum which is also called the House of Danar Hadi is a batik-themed heritage tourism complex located in Solo, Central Java Province. The museum was founded by a batik company from Solo, PT. Batik Danar Hadi in 2008 specializing in batik and its cultural aspects as its main tourist attraction.

Other than Danar Hadi Batik Museum, there is also the Danar Hadi Ancient Batik Museum in the complex area. The museum keeps at least 10,000 pieces of batik clothes and is recognized by MURI (Indonesian Record Museum) as the museum with the largest collection of batik in Indonesia. 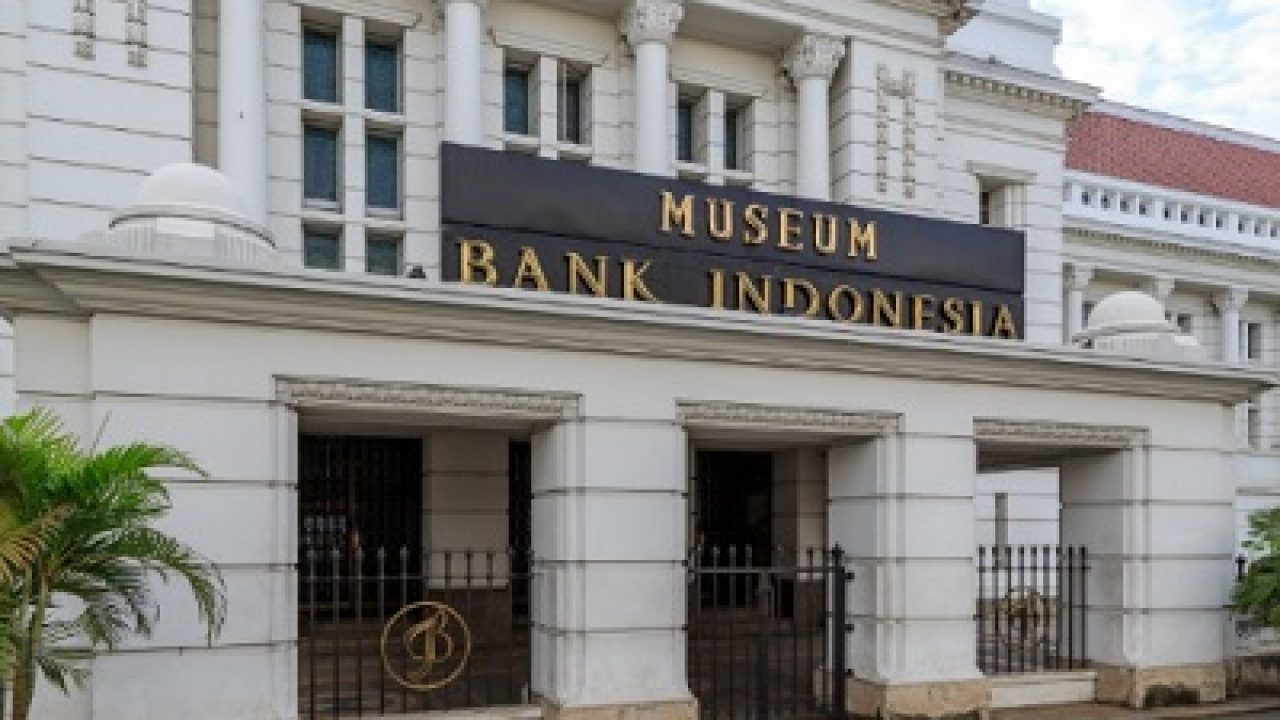 The Indonesian Museum Bank Indonesia is also one of the best museums in Indonesia that you must visit. It is located in West Jakarta and part of cultural heritage legacy from De Javasche with neo-classical genre. 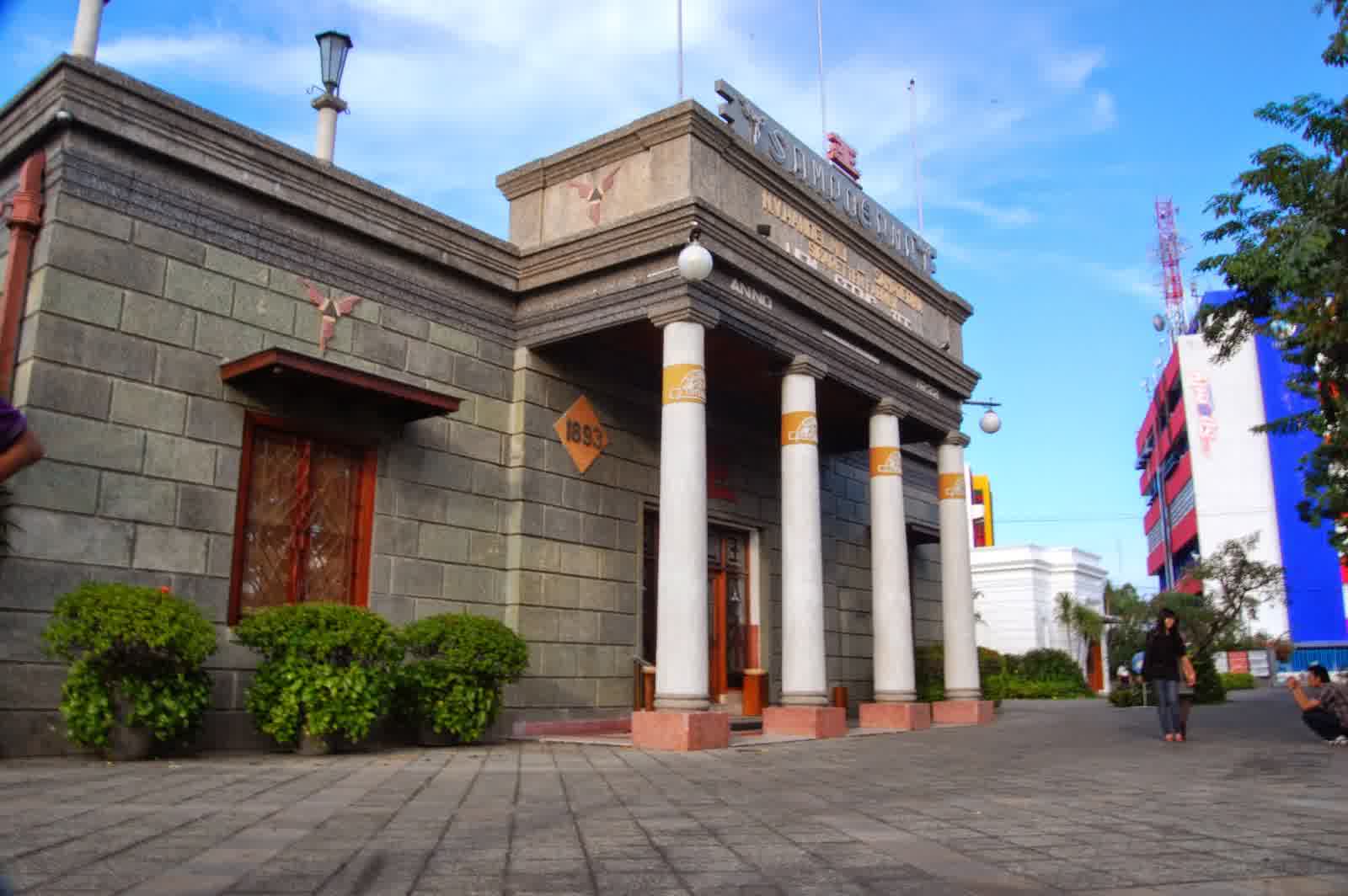 House of Sampoerna Museum is one of popular museums in Indonesia that stands elegantly in the city of Surabaya. Located in Taman Sampoerna 6, Surabaya City, East Java Province, the museum was founded by the Liem Seeng Tee family, the founder of H.M Sampoerna Company. This museum is one of the best museums in Indonesia for tourists. As the name suggests, the House of Sampoerna Museum presents a variety of information as well as the history of the clove cigarette branded H.M Sampoerna and the owner family tree. 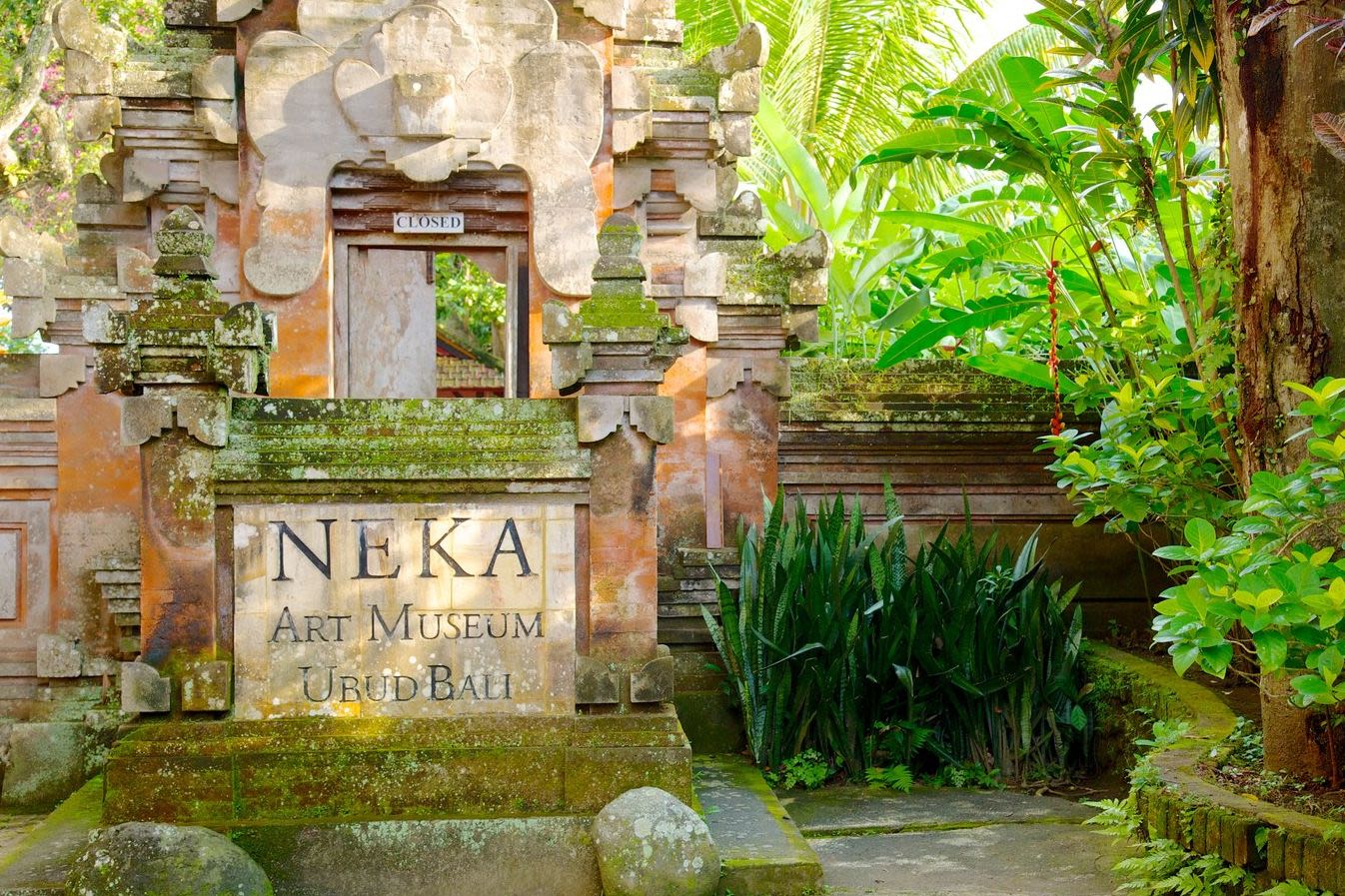 The Neka Art Museum is also one of Indonesia best museum, located in Ubud, Bali. The museum which was founded in 1982 has Balinese architecture with international museum standards. Other than having artistic building shape, the way of displaying the painting inside the museum is well organized so it is very easy for visitors to understand and enjoy painting art. At Neka Art Museum there are at least 300 paintings are displayed by Indonesian and foreign painters. 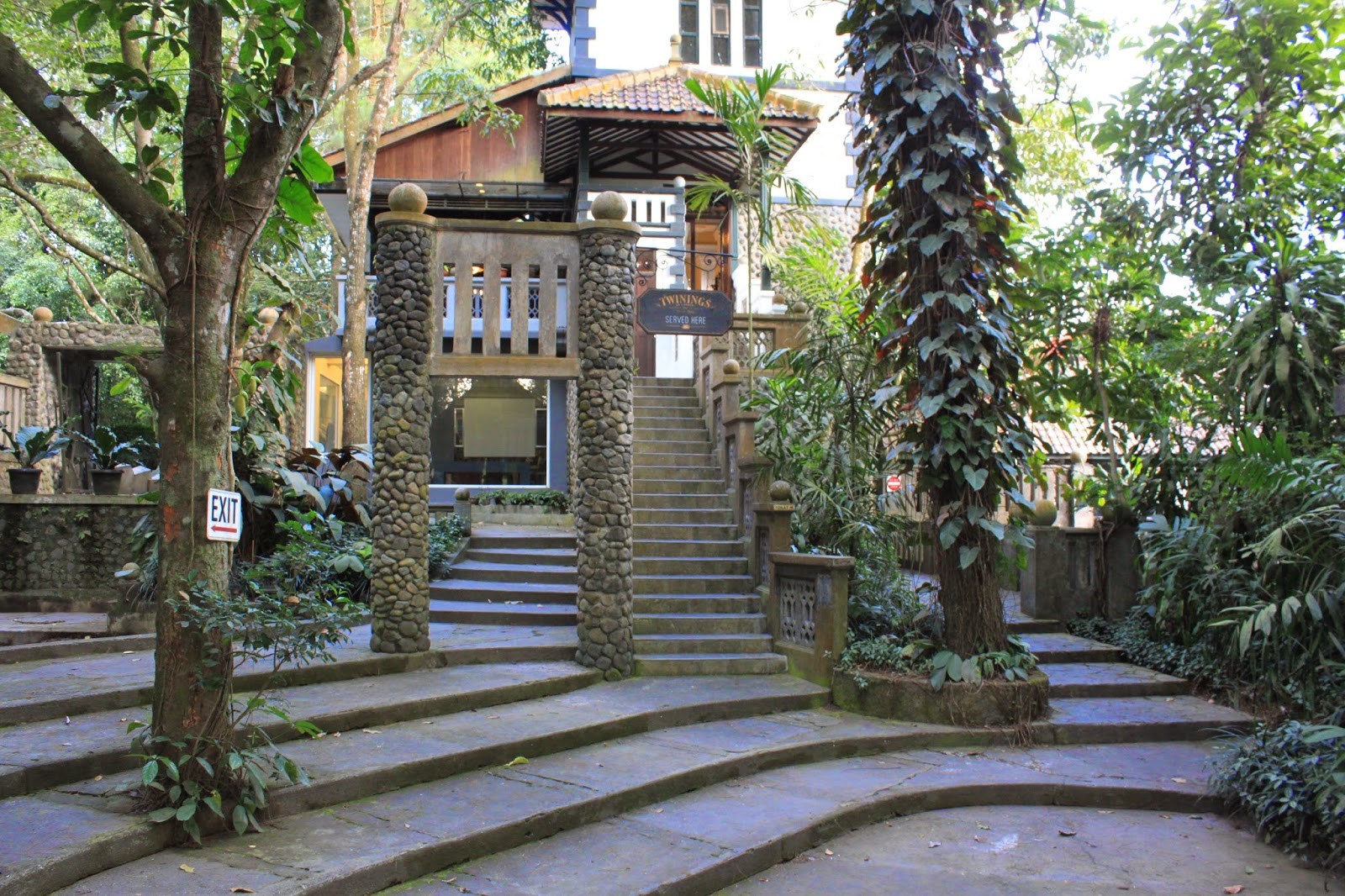 Ullen Sentalu Museum is located in the Pakem area, Kaliurang, Sleman Regency, Yogyakarta Province. The museum displays a lot of art and culture stuff and life of the Mataram Dynasty nobles as well as a collection of various types of Indonesia batik.

In this museum you can find out how the Javanese ancestors made batik which has certain meaning in each style. In addition, the state of the museum which was built so well based on Javanese architecture style will make you feel like you are absorbed into the amazing ancient Javanese era. 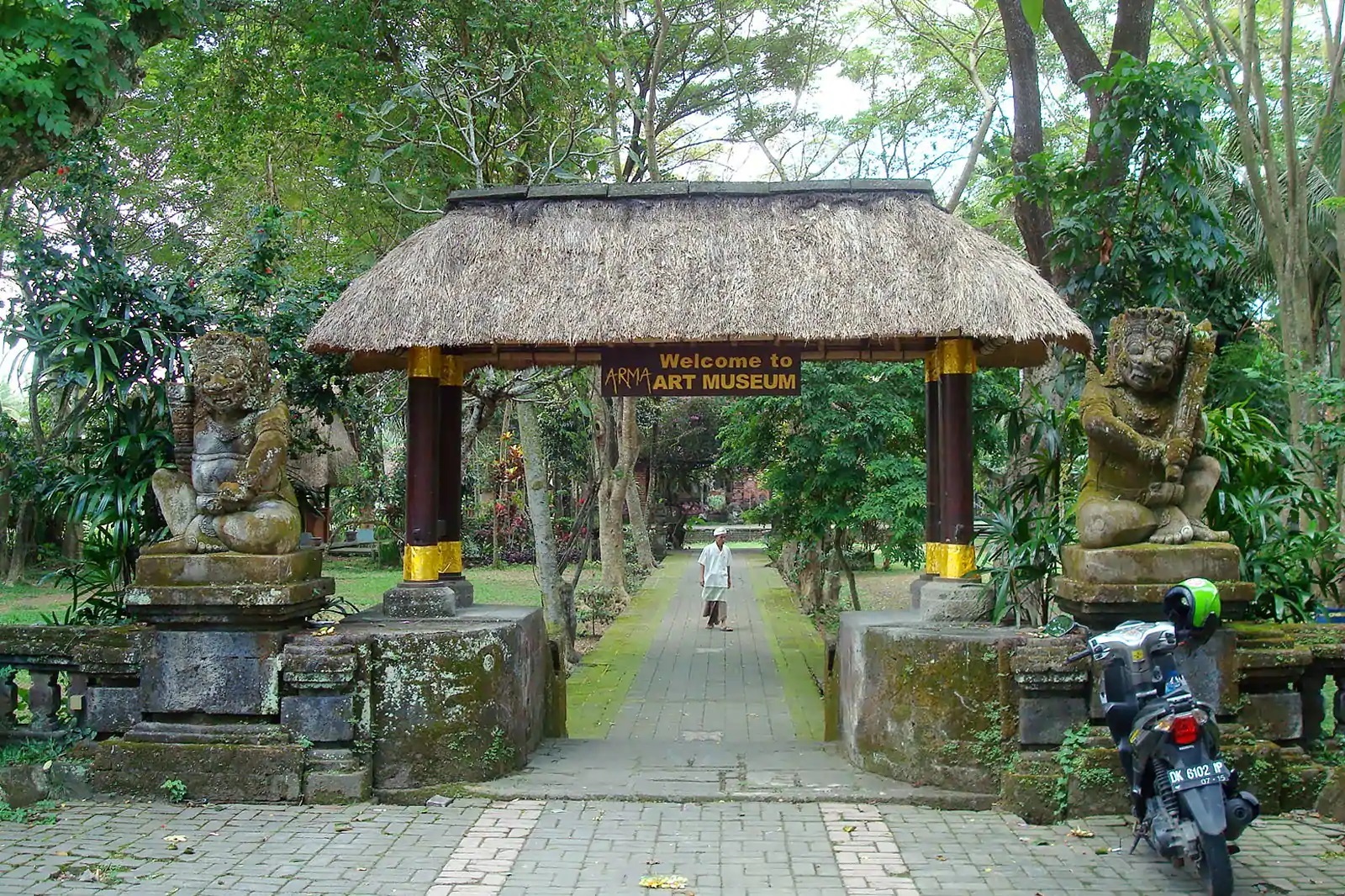 Agung Rai Museum is one of the fine arts museums in Bali that you should visit while on holiday in Bali. This place holds a large collection of paintings from well-known locals and foreigners painters.

Apart from being a museum, Agung Rai Museum of Art is also a center for visualization and performing arts and gives visitors the opportunity to enjoy permanent and temporary exhibitions by various artists, theater shows, dances, music, painting classes, bookstores, libraries, cultural workshops, seminar and training programs as well. 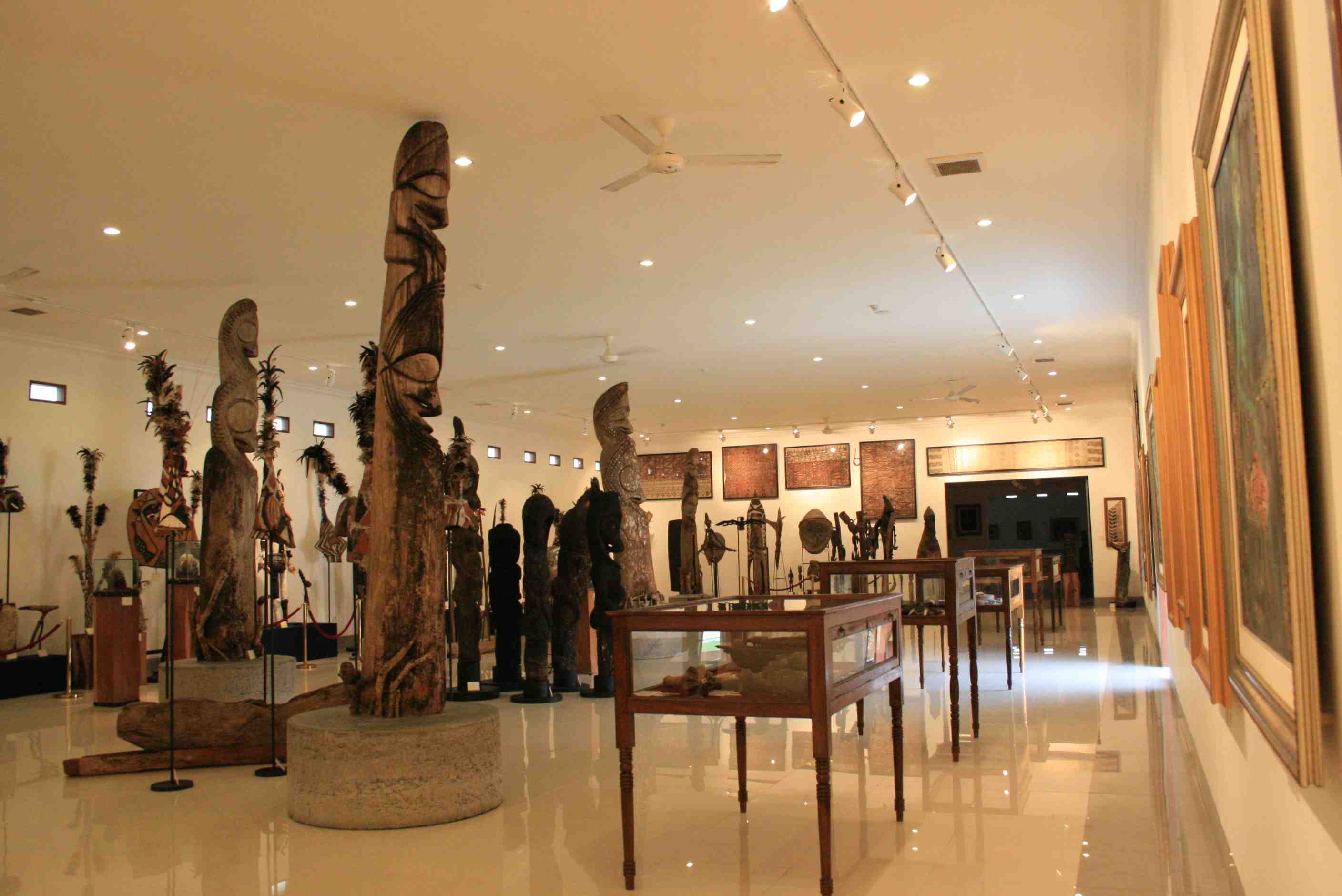 Pasifika Museum is an Art Museum located in Nusa Dua, Bali, Indonesia. In this museum you can enjoy the Asian and Pacific cultures as well as various cultural artifacts. The museum which was founded in 2006 by Moetaryanto P and Philippe Augier offers many artistic items in which there are more than 600 arts masterpiece from more than 200 artists from around 25 countries. 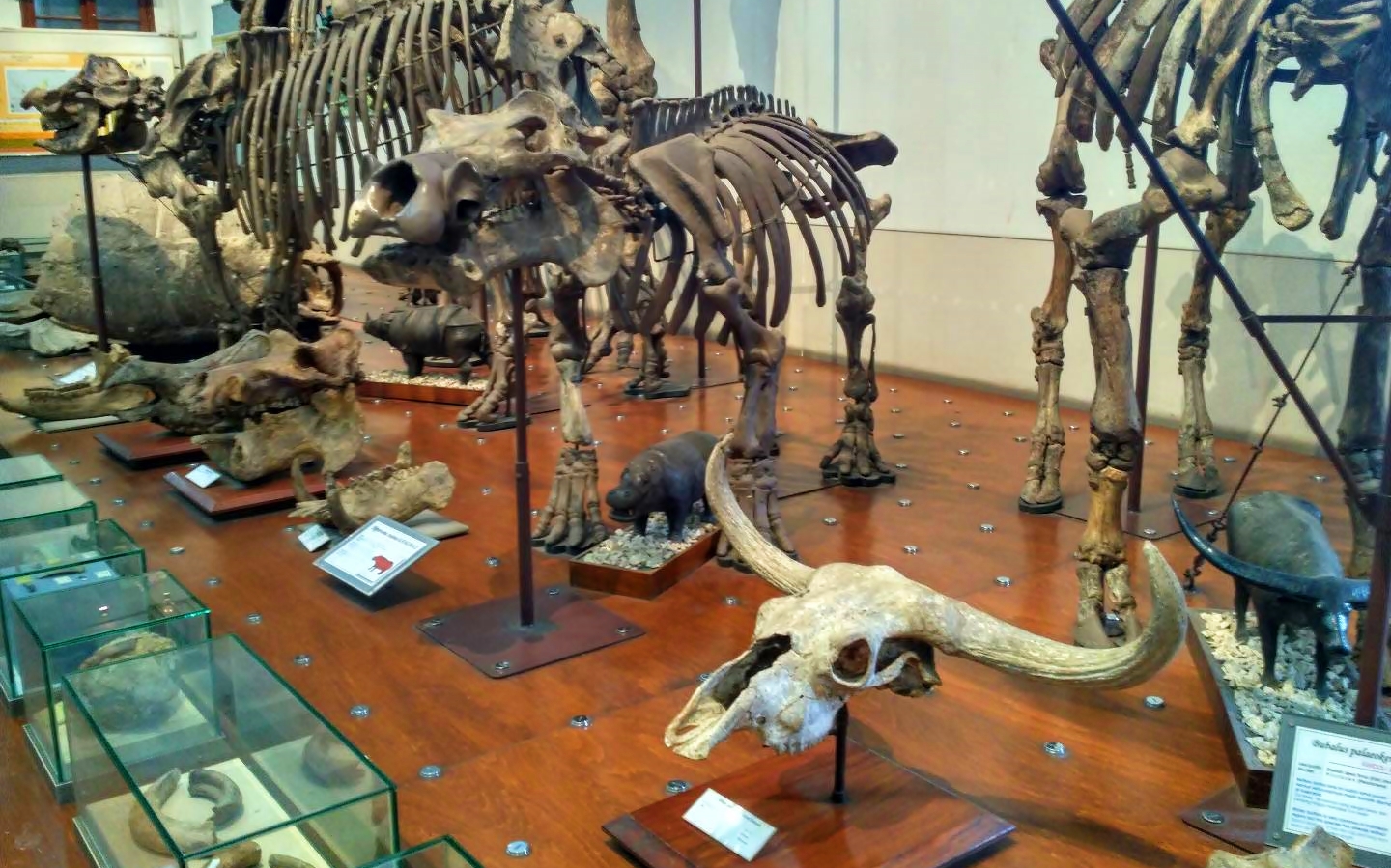 The Geology Museum which was founded on May 16, 1928 is also one of Indonesia best museum that you must visit while on vacation in the city of Bandung, West Java. In this Geology Museum, many fossils, rocks and minerals have been collected since 1850.

As a historical museum, the Geological Museum is under the protection of the government and is a historical heritage that is worth your visit. 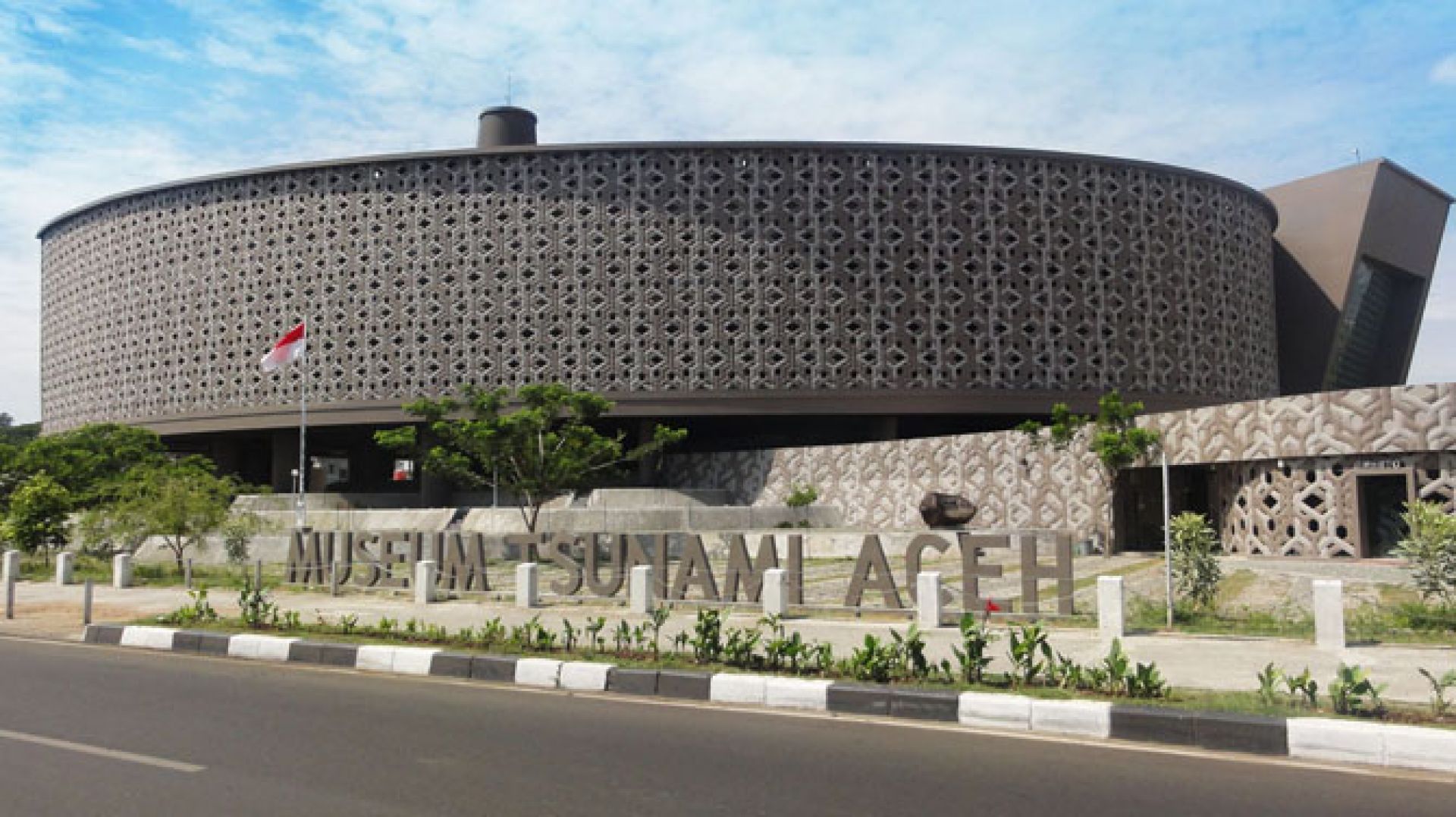 The Aceh Tsunami Museum is another best Indonesia museum which was designed as a symbolic monument to the 2014 Indian Ocean earthquake and tsunami disaster as well as an education center and emergency shelter if a tsunami occurs again in the city of Aceh.

This museum was designed by an architect from Bandung. This museum is a four-story structure with an area of 2,500 square meters which the curved walls are covered with geometric reliefs. The walls of the museum are also decorated with pictures of people dancing Saman, a symbolic meaning to the strength, discipline and religious belief of the Acehnese people.

In this museum you can watch exhibitions including the electronic simulations of the 2004 Indian Ocean earthquake and tsunami and photographs of victims and stories told by survivors. 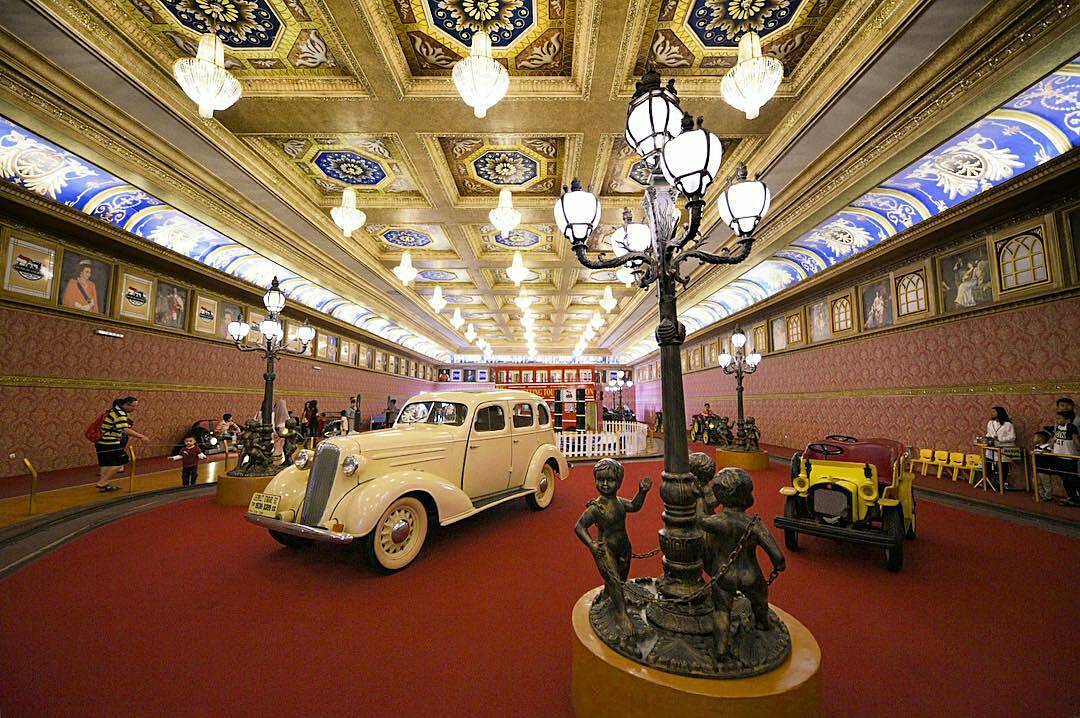 Angkut Museum is one of modern tourist attractions in Malang with an area of approximately 3.8 hectares on the slopes of Mount Panderman, Batu District, Malang, Central Java. This museum is very unique because it has a complete collection of transportation facilities from all around the world.

The collections of this museum are some rare cars and motorcycles as well as many decades-old vehicles. This museum become one of the first museum attractions in Indonesia and even in Asia which has a collection of more than 300 units of antique, ancient and modern cars, both those with machines and without.