The Valley of Sembalun

Sembalun is one of the Districts in East Lombok Regency. Sembalun is divided into six villages and one of them, Sembalun Lawang, has become more popular as the starting points before climbing to Mount Rinjani. All of the villages situated between 800 – 1200 meters above sea level, and surrounded almost entirely by a range of steep hills. The temperature is notably lower here than in other parts of Lombok, which also makes it pleasant for hiking. As the Sembalun village lies at the base of the Rinjani volcano, the soil is rich and fertile, allowing for a booming agricultural industry which forms the economic backbone of the village. On either side of the village lie huge fields where they grow rice, chilli, carrots, cabbage and onions amongst a range of other foods, and almost all of the men in Sembalun are farmers. Sembalun is also the biggest producer of spices in West Nusa Tenggara. Visiting the Sembalun, tourists will be greeted by magnificent panorama of rice fields and gardens. 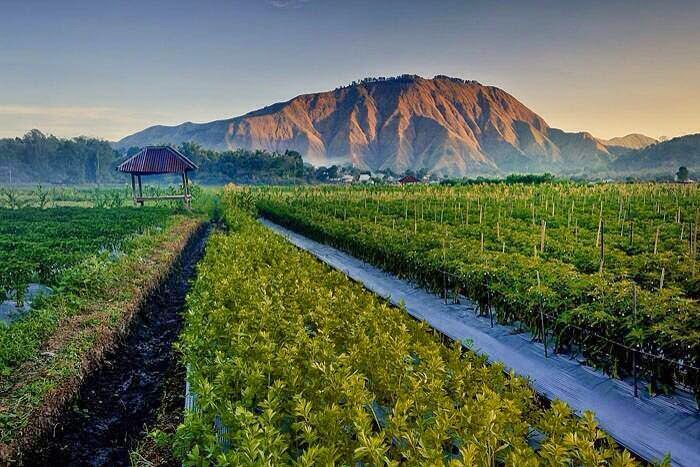 There are so many natural attractions you can find in Sembalun Village. You can even join the local community and experience the process of harvesting rice potatoes or tomatoes with the local people. You are also allowed to fertilize the plant, clean the grass and many others. When you want to go to the hotel, then you won’t be able to hold the temptation to stop by or buy the strawberry on the houses along the street because the local people are growing strawberry on their home yard. 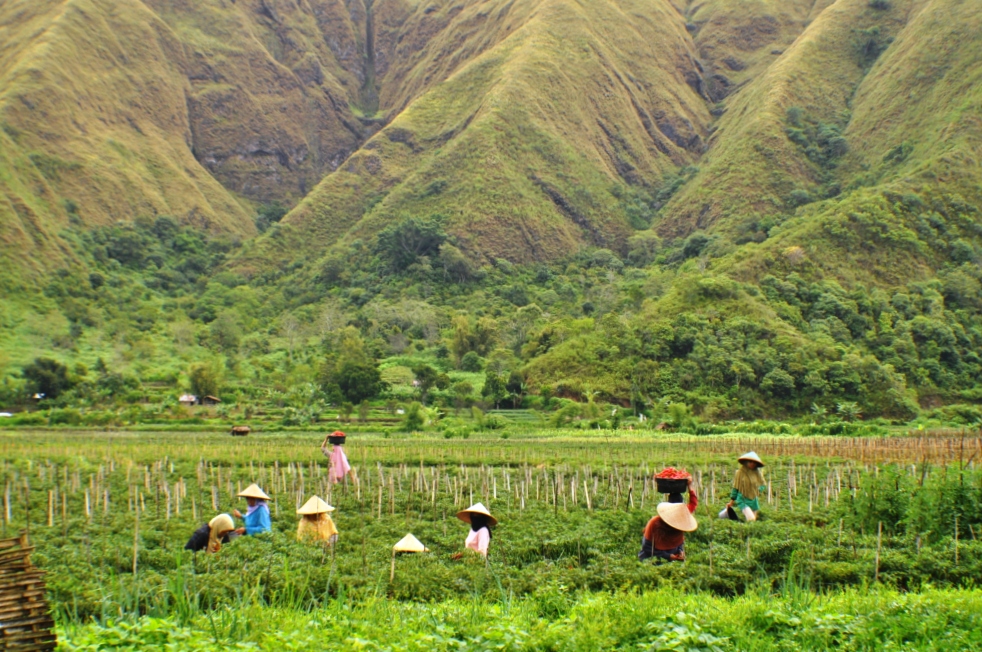 Sembalun can be reached through two main routes. From Senggigi, it is a three hours drive along the North coast, leading pass stunning bays and beaches before continuing through the foothills of Mount Rinjani. The second option from Senggigi is the main road to Mataram, and then East Lombok, under three hours, which leads through scenic rice-fields, and passes different villages and fruit markets. The last part of this route before reaching the valley of Sembalun is a very windy and steep road through dense rain-forest. The views over the Sembalun Valley are generally spectacular. From atop the hills you can often see Rinjani and from the hills on the East side, you can even see Sumbawa on clear days! 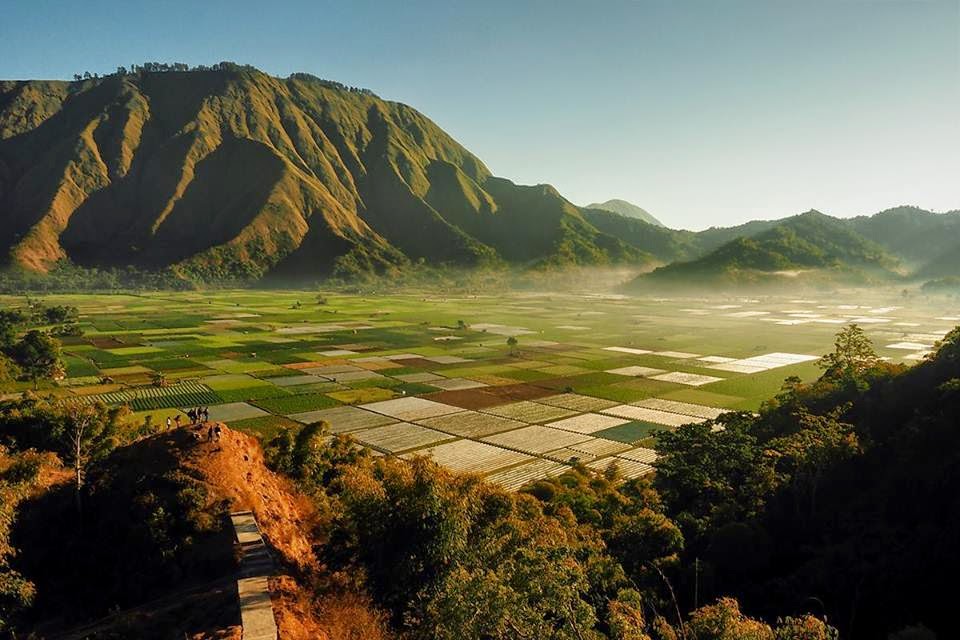 Because Sembalun is the starting point for many Rinjani Trekkers, the villages are home to several accommodations, and in case you wish to camp during your hike, camping gear can be rented here as well. Depending on the length of the hike you wish to do, it may be a good idea to arrange a porter who can carry your camping equipment. For short trips it is a good idea to arrange a local guide too, as the trails are generally not signposted.